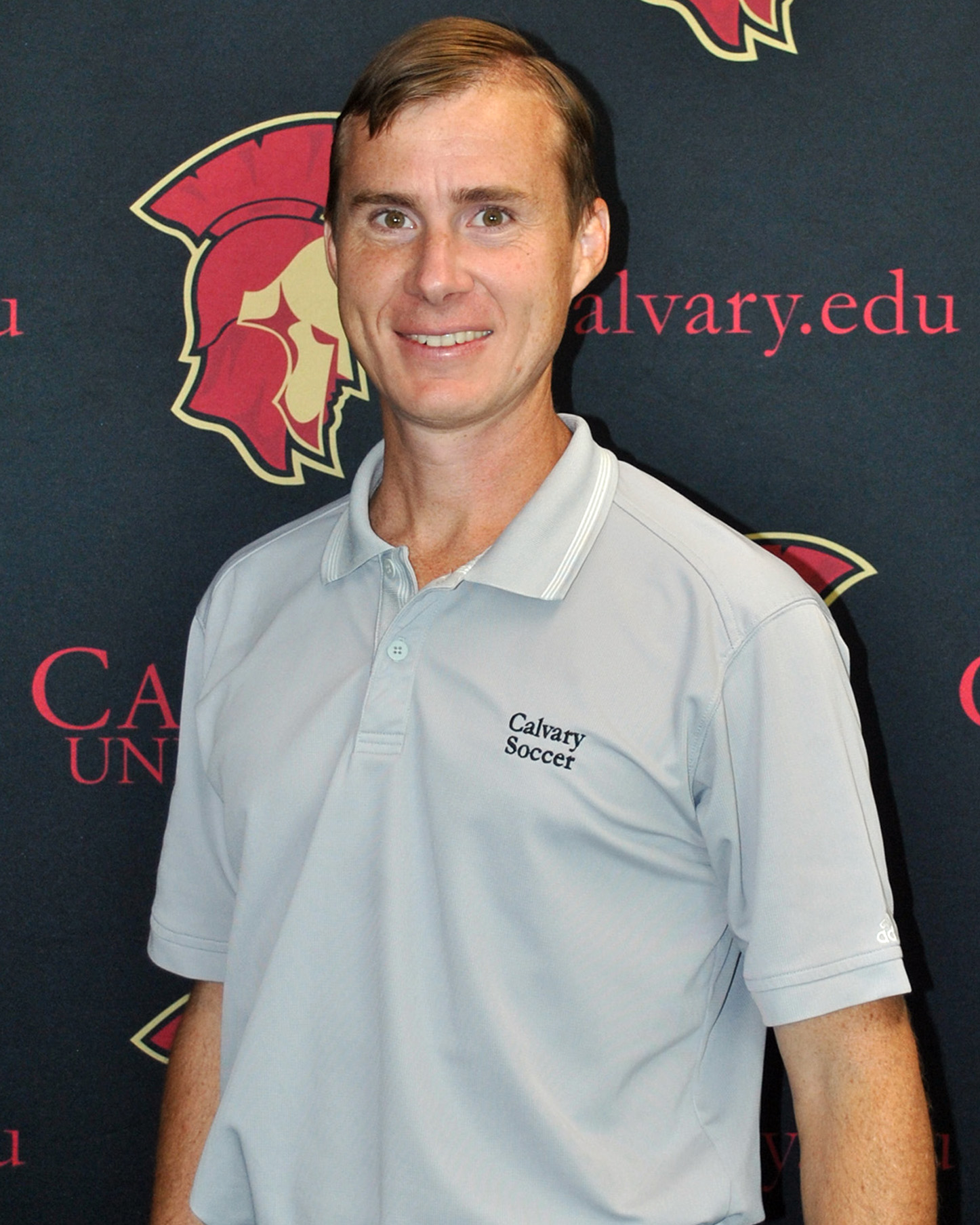 Daniel Nichols is embarking on his 15th season this year as the head coach for the Calvary University Warriors’ soccer team. There are certainly reasons to be excited about the 2019 season! There is a solid core group of talented players that are returning from the previous season, as well as a good group of experienced incoming freshman, Lord willing. In 2018, the Warriors were graciously awarded with yet another MCCC team sportsmanship award, as they demonstrated consistent excellence in character. Now they are working hard towards competing for one of the top seeds in their conference and region, while at the same time remaining focused on our primary goal – growing to be more like the Lord Jesus Christ!

Coach Nichols challenges his team to play to the best of their ability and for the glory of God. He seeks to develop the soccer program that it may exemplify Christ-like excellence in word and deed, on and off the field! He is committed to the long term success of the soccer program, most importantly, developing and discipling each individual player towards becoming strong and faithful men for the Lord, in whatever field of work or service He has planned for them.
Daniel was born and raised in NE Brazil, where soccer was a part of his daily life growing up. He came to the United States in 1999 to continue his education, where he attended Calvary and graduated with a B.A. in Christian Ministry/Business Administration. A committed husband and father, Daniel, and his wife of almost 16 years, Paulinha, reside in Kansas City, MO. They have been incredibly blessed of the Lord with five precious children – Victor, Ana Sofia, Gabriel, Paul and Philip.

In his spare time, Daniel enjoys spending time with his family, playing soccer with his children, ministering with their church in downtown KCK and serving with GotQuestions Ministries, as the administrator for their Portuguese page. He is fluent in Portuguese and is well on his way towards learning Spanish.

Coach Nichols has earned both a National and Advanced National Diploma from the United Soccer Coaches association.