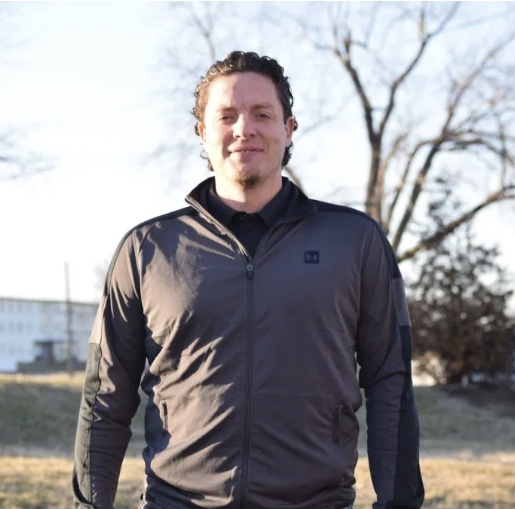 Josh was a multi-sport athlete in high school. His youth pastors at Kearney Bible Church were all Calvary students and he has many fond memories of Calvary from his youth. Josh attended Bryan College (Dayton, TN) on a tennis scholarship. After college, Josh spent 2 years teaching and coaching at Westminster Christian Academy in Lafayette, LA. He then spent nearly 10 years doing the same in Dallas, TX before going overseas to Jerusalem as an administrator, teacher, coach, and church minister for three years.

Josh is a 1997 graduate of Kearney High School (Kearney, MO). Josh married Kellie (Hill) Johnson of Nashville, TN in 2010 and they have 3 children; Moriah, Charles and William. He joined the Calvary family as our Dean of Men in August of 2019. His primary role as Dean of Men at Calvary will continue as he takes on this new responsibility as Head Women’s Volleyball Coach. Josh has been coaching volleyball from age 19. His recent coaching resume includes time coaching for the AISJ Lions of Jerusalem, Israel from 2016-2019. Before AISJ, he coached the Molina High School Jaguars (Dallas, TX) from 2011-2016.

Coach Johnson has a Bachelor′s Degree in Christian Education from Bryan College (Dayton, TN) and is currently pursuing his ThM from Tyndale Theological Seminary (Bedford, TX). He is excited to continue building the successful volleyball tradition at Calvary University. In his free time Coach Johnson enjoys traveling with his gorgeous wife, playing with his children, church ministry, discipling young people, and continuing to compete in numerous sports as long as the Lord gives him the strength.

His priority is to see everyone within and around our program grow in their love for the Lord and each other; and to find joy on the court because of God’s goodness in giving us a sport like volleyball.

Josh’s life verse is Hosea 6:3, which says, “So let us know, let us press on to know the Lord. His going forth is as certain as the dawn; And He will come to us like the rain, Like the spring rain watering the earth.”