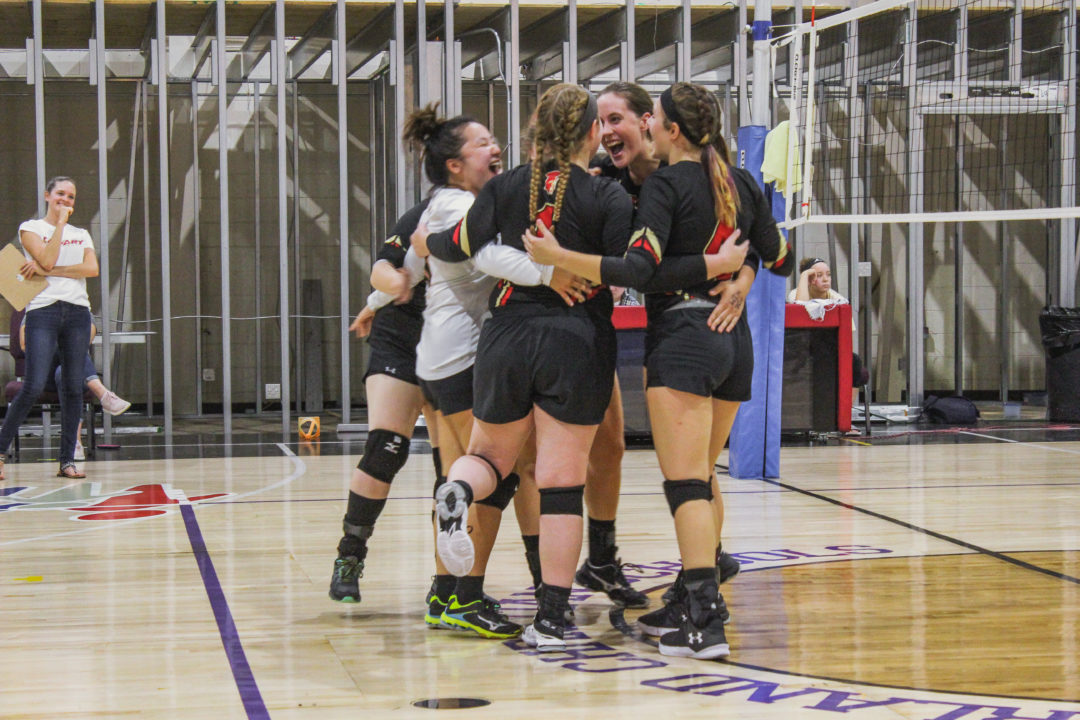 Calvary University Volleyball won their first match of the season with an impressive 3-0 sweep over Union College Tuesday night. “Practice this week was focused on serves and serve receive,” said Coach Ashley Spicer. “It really showed against Union. We had our best serving percentage we’ve had all season in practice and in games.” In the opening set, both teams came out fighting to gain momentum. Our Calvary Lady Warriors were able to gain the advantage with smart plays and by excellent kills, winning the set 25-20.

In the next two sets, both teams fought hard, but Calvary was able to continue their momentum with excellent serving and improving their overall hitting percentage. Despite Union’s attempts to come back, Calvary finished 27-25 in both of the final two sets. Both Leah Grady and Tori Veltkamp were difference makers, leading with 6 kills each. Anna Holloway also led the team with 4 aces, 2 solo blocks, and 20 digs.

The Lady Warriors will next travel to Haviland, Kansas to take the court against Barclay College