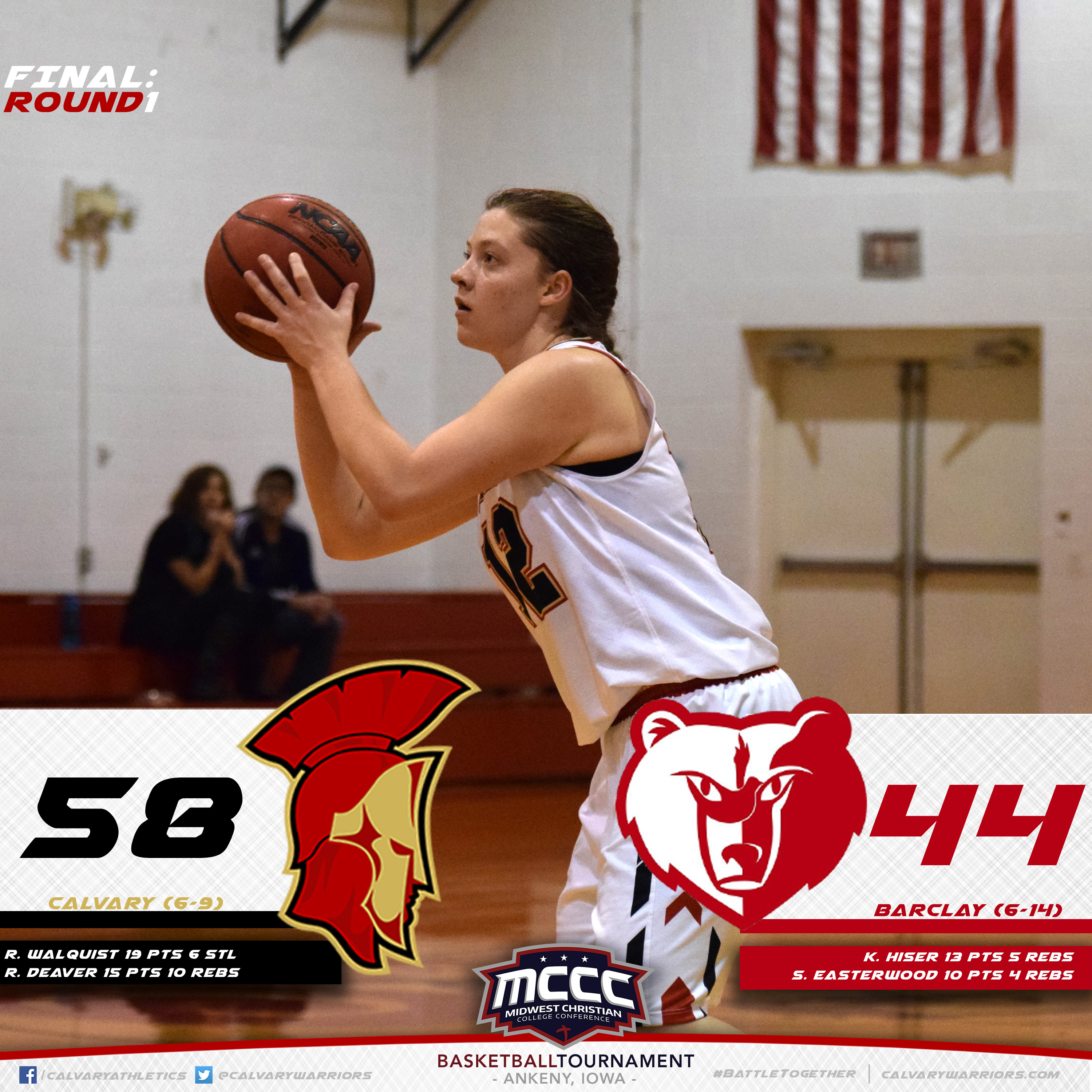 The Lady Warriors entered the tournament on a four game losing streak after being defeated by the Lady Bears on February 10. This game was all Warriors. After gaining an early 15-0 lead, the Lady Warriors kept rolling offensively, earning an 18 point lead at halftime, and scoring 21 in the first quarter alone. In the final two quarters, Barclay regained their composure, outscoring Calvary by 5 in the second half; but it was not enough to make up the large halftime deficit.

The Lady Warriors will take on the winner of Ozark and Emmaus, Friday at 3:00 CST.