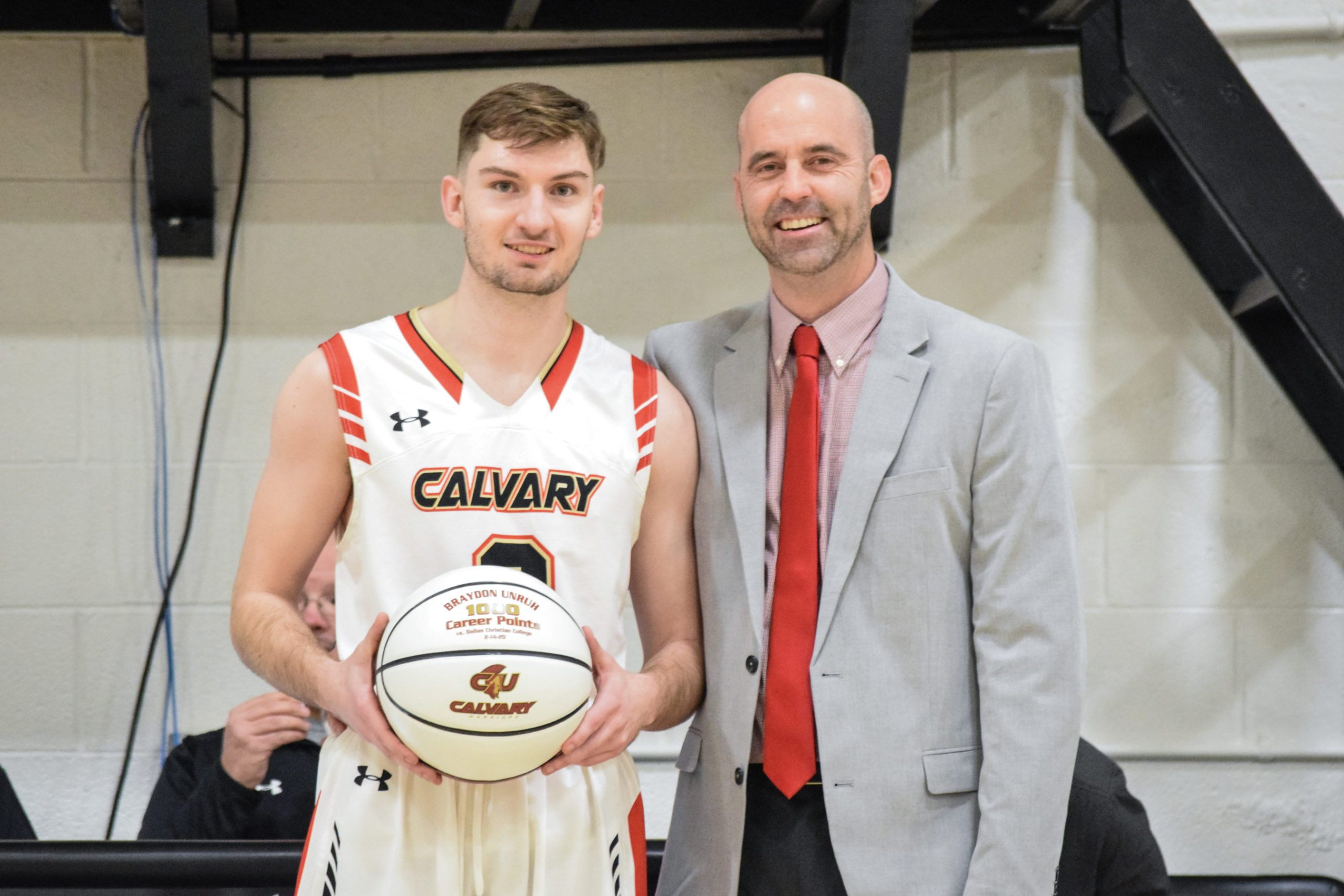 Braydon Unruh has always loved basketball. He started playing organized basketball when he was five years old and has excelled and started for his teams at every level he has participated in.  His drive to be the best he could be with the talents God has gifted him has always been one of his most important traits.

He was a four-year varsity letterman for one of the best homeschool basketball programs in the country, the Metro Academy Mavericks.  Braydon’s high school career had many highlights. During his sophomore season, he was one of the leading three-point shooters in the state of Kansas with a percentage of nearly 46%. During his junior season, he made multiple game-winning shots against rival KC East and Bishop Seabury and helped lead his team to a ninth-place finish at the National Homeschool Tournament.  During his senior season, he helped to make Metro Academy one of the better teams in the KC metro area and arguably one of the best homeschool teams in the country, finishing with a program-best 35-7 record and a National Homeschool Tournament final four appearance where they lost a very close semi-final game to the eventual national champions.

His drive to excel has continued during his time at Calvary University.  During his freshman season, he demonstrated a desire to do anything to help the team by playing out of his natural position when injuries to Zeb Green and Zak Kirkman required it. He also showed flashes of his potential when he scored 27pts on 7-11 three-point shooting during a road game against Truett McConnell University. He ended the season as Calvary’s second-leading scorer at 11.3 points per game. He then spent the off-season after his freshman year working tirelessly on the things he saw he needed to improve on in order to help Calvary.

His hard work paid off during his sophomore season.  Playing back at his natural guard position, he exploded from the start with 27pts against Union. He finished the season as one of the best three-point shooters in the country at 42.6%, the second-leading scorer at 13.3 pts per game and received conference and regional team honors.

(Thank-you to Gary Unruh for contributing information in this article)