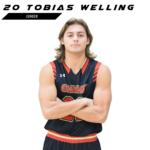 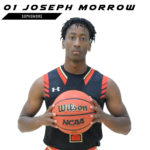 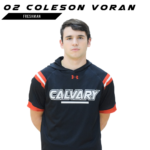 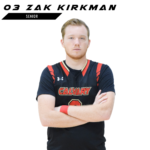 The Calvary Warriors saw their opportunity at the Faith Baptist Christmas Classic come to an end as the team fell to the Trinity Lions 64-93. The defeat marks the end of a tough losing streak before semester break as CU drops their record to 0-8.

“Trinity doesn’t really have many weaknesses,” Warrior Head Coach Matt Sanders said following the loss. “It was apparent tonight that we were sluggish and tired after the 2OT game from last night. We struggled with putting the ball in the hole and playing good defense. I look forward to coming back after the break and fixing some of these issues.”

The first half of action began with Trinity coming out strong and shooting well against the Warrior zone. They never relinquished the lead after the strong start offensively. Tobias Welling, Joseph Morrow and Coleson Voran were a highlight as they gave some great minutes off the bench. They were a part of the defensive unit called “The Storm Troopers” that again caused Trinity some trouble with significant defensive pressure.

Welling led the team in scoring with 15 points. Zak Kirkman and Joseph Morrow each contributed 12 points in the effort. As a team, the Warriors shot 30% from the floor and 17% from deep. The team was 79% from the charity stripe.