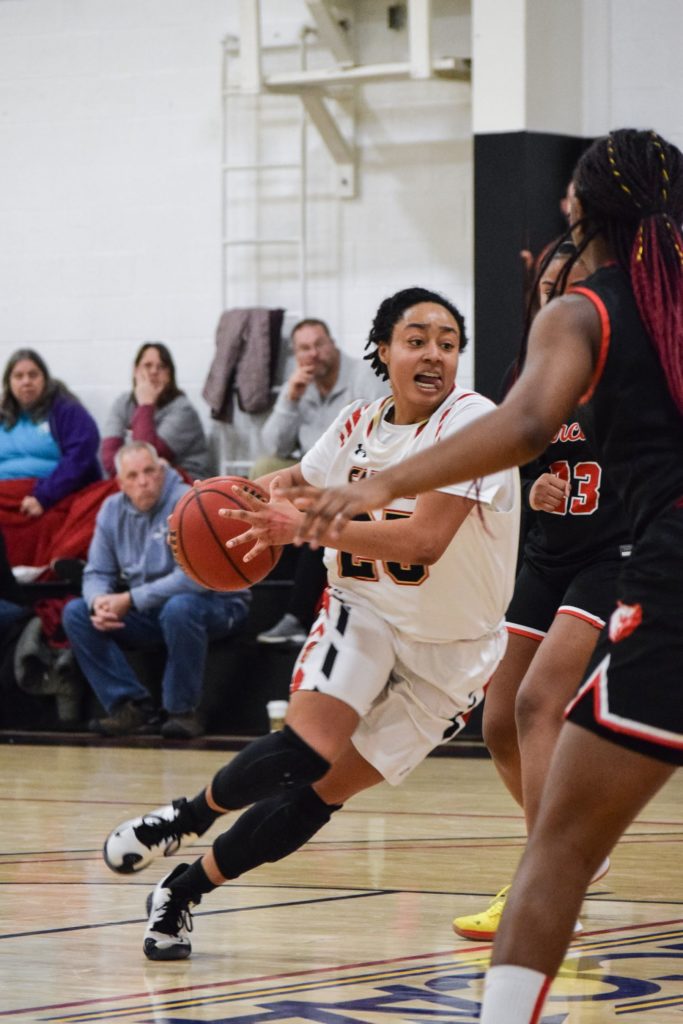 The Warriors earned a hard fought victory over the Bears in the Midwest Christian College Conference Tournament semifinals 72-59, and will move on to the Championship game on Saturday.

The game was close throughout the first quarter as both teams had things working at the offensive end, and neither could find much of an answer defensively. The relatively high-scoring, first quarter ended with the score knotted at 20. In the second, Calvary continued to play well on offense and picked up the intensity at the defensive end opening the quarter on a 9-2 run. From there the Warriors were able to extend the lead to 16 points, before heading into the locker room up 43-31.

In the third quarter the Warriors started somewhat slowly. With just over three minutes to play in the quarter Barclay had cut the 12 point halftime deficit to just one. One minute later the game was tied at 49. It was at this point that Calvary went on a 9-0 run to close out the quarter and headed to the fourth with a 58-49 lead and the game’s momentum. The Warriors scored eight of the first ten points in the fourth quarter and held a 15 point lead with eight minutes to play. The game was never in doubt from that point on as Calvary was able to keep the Bears at bay, holding Barclay scoreless over the final four and a half minutes and winning 72-59.

For the second day in a row the Warriors used a big second quarter to gain separation from their opponent outscoring the Bears 23-11 in that period. Otherwise the game was very evenly matched on the court and on the stat sheet. Except that Calvary out rebounded Barclay 58-37 including pulling in 25 offensive rebounds. Those offensive rebounds led to 17 second chance points as rebounding proved to be the difference in the game.

After the game head coach Tressa Shoemaker said, “This will be our second straight year in the championship game. We have been working hard to get back to this point in the season. To win a championship would be incredible and something the program hasn’t done since the eighties. We will have to tighten up our defense and be willing to put it all on the line [on Saturday].”

Taylor Hunter led the scoring for the Warriors with 31 points, including 5 threes, and 8 rebounds. Shalom Sutcliffe had 17 points. Both Anna Davis and Anna Holloway had a team high 9 rebounds, and added 6 points apiece.

The second seeded Warriors have advanced to the conference championship game, and will play the number one seed Emmaus, Saturday at 4pm in Joplin, MO.