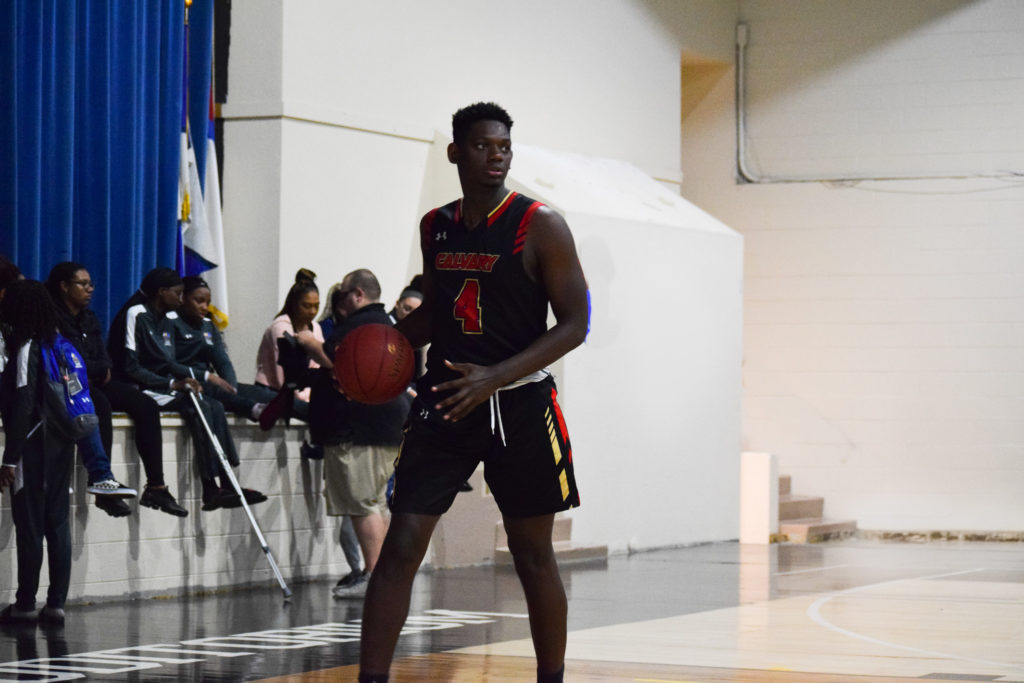 The Warriors fell behind early and never recovered falling to the Thunder 89-81.

Manhattan opened the game on an 8-0 run, with Calvary unable to get much going offensively. Head Coach Matt Sanders said “We got off to a slow start, we haven’t really gotten off to a start like that this year.” The Warriors then found success in the paint utilizing the size of Zeb Green. Doing so allowed Calvary to cut into the lead, and stay within striking distance through the midway point of the first half. Then, the Thunder went on a 14-4 run and began to pull away. However, at the end of the half the Warriors were able to string together a couple of buckets and defensive stops and went into the locker room trailing 44-32.

In the second half, the Warriors again started slowly, and the Thunder again started on an 8-0 run and through the first 10 minutes extended their lead to as many as 25. However, Calvary hung around and began to chip away at the lead cutting it to 14 with around six minutes left in the game. But the Thunder were able to stem the tide and extend the lead back to 20. The Warriors again attempted a comeback going on a 25-8 run over the final 4 minutes. However, in the end it was too little, too late and Manhattan was able to hang on for the 89-81 win.

After the game Sanders lamented the amount of unforced errors by the the Warriors and their inability to create easy shots. He did praise the team’s fight and pointed out specifically the young bench players who came in and had a big impact.

Perhaps contributing to the slow starts, and certainly to the offensive struggles, was the Warriors inability to find their three point shot. Calvary as a team shot only 9% from distance in the first half. They found it later in the second half when Benjamin Jones and Braydon Unruh were both able to connect with a pair which played a key role in the comeback attempt.

Green continued his great season with a 25 point, 14 rebound double double, both game highs. Unruh followed closely with 24, and Cam Bender had 12, both collected 7 rebounds as well.

Payton Stephens led the Thunder with 23 points and 6 boards.

With the loss Calvary falls to 7-6. They’ll look to pick up their first conference win in Iowa against Faith Baptist Friday night.