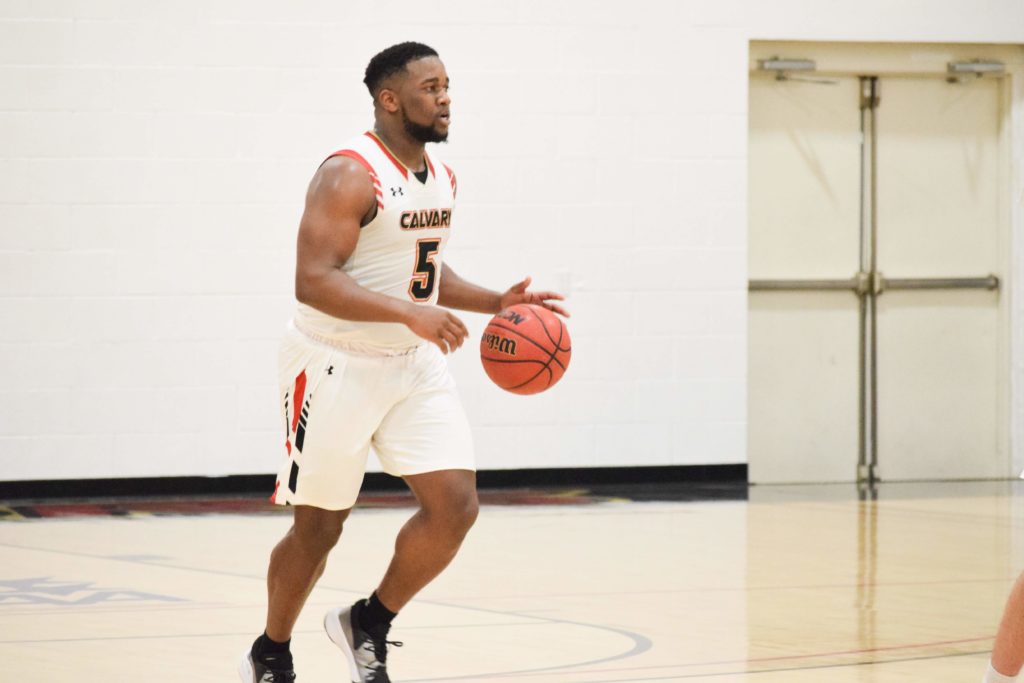 The Warriors got off to a fast start, leading 9-2 after the first five minutes. Ozark then closed the gap and the game remained tight throughout the rest of the half. With eight minutes to play, the Ambassadors grabbed their first lead of the night, but Calvary was able to stay within four points and retook the lead in the final minute to head into halftime up 42-39, after Jay Lems made a lay-up at the buzzer.

Coming out of the break, the Warriors scored six points to extend the lead back to nine. However, Ozark was able to claw back and take a one point lead. Calvary retook the lead on the next possession and extended the lead back to five with 10 minutes left in the game. The Warriors then couldn’t seem get back into their offensive rhythm and the Ambassadors rattled off 11 straight points. Calvary couldn’t recover falling in their final conference game 80-68.

Head Coach Matt Sanders said, “We played a really solid 25-30 minutes tonight, but probably played our worst 10-15 down the stretch.” Sanders was also very hard on himself after the loss saying, “I did a poor job tonight… and didn’t make the right adjustments. They almost won in spite of me.”

The Warriors shot 41% from the field, but just 26% from behind the three point line and had 17 turnovers to go along with only 6 assists.  Meanwhile, the Ambassadors shot 45% from the field and 35% from three, while also making 15 of their 16 free throws.

With the loss Calvary falls to 11-12 on the season, and wraps up the conference slate at 3-5. The Warriors return home on Friday to face Dallas Christian College in their final home game of the season.