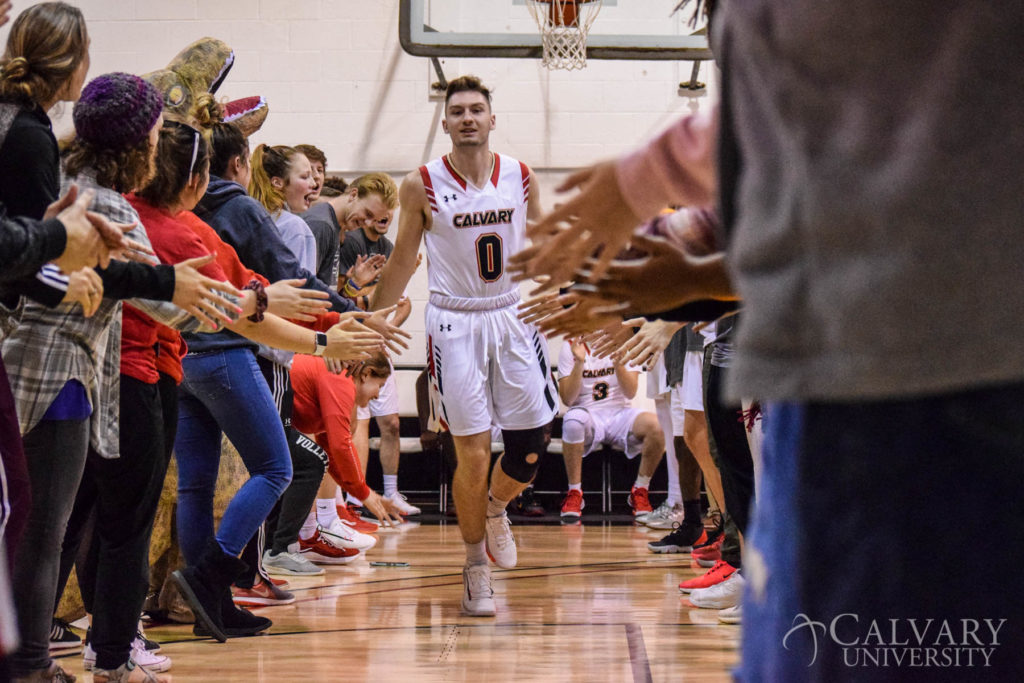 For the second game in a row the Warriors jumped out to a quick start opening the game on a 9-0 scoring run. Over the next few minutes, Calvary continued to play well at both ends of the court leading 18-4 at the 15 minute mark of the first half. Central’s defensive pressure then began to get to Calvary, but the Warriors stemmed the tide and led by nine with 10 minutes left before halftime. CCCB then went on a 17-3 run to take a lead of their own. Both teams went back and forth over the final five minutes, Braydon Unruh connected on a driving layup with one second left to send Calvary into the locker room down three 46-43. Head coach Matt Sanders said, “We got off to another hot start, but again couldn’t sustain it. We fought unbelievably hard and hung in there to keep it close at halftime.”

The Warriors started the second half quickly as well, going on a 7-0 run to open the half and retaking the lead. The rest of the game was tightly contested with neither team able to gain much of an edge. A pair of Calvary turnovers allowed the Saints to extend their lead to seven, but the Warriors immediately cut the lead to four and two possessions later were within one and for a short time were tied. CU just couldn’t seem to score over the final minute and a half coming up just short, losing 90-86.

Sanders said after the game, “It was a war of wills, and their will was greater than ours tonight. We just didn’t make enough plays to come out on top on the scoreboard. I’m super proud of my team and really thankful that they play for God and to give glory to Him.”

Unruh led the scoring for Calvary with 25 points, Zeb Green added 17 points and 9 rebounds. Benjamin Jones had a 14 point, 10 rebound double-double and Ques Harris was also in double figures with 10 points.

With the loss Calvary drops back to .500 at 9-9 on the season, and 2-4 in conference play. The Warriors are back in action against Ecclesia at home on Friday.