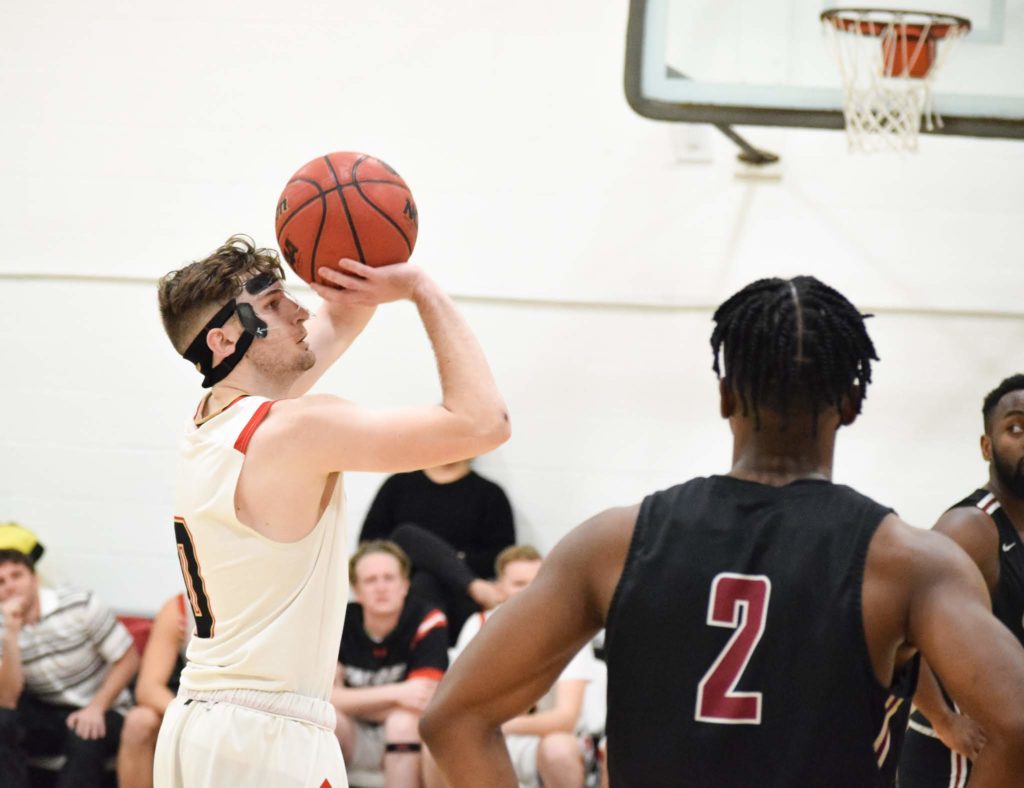 The sixth seeded Warriors escaped the third seeded Saints, in the first round of the Midwest Christian College Conference tournament, winning a tightly contested game 77-74.

Calvary started the game very well, as they have done against Central Christian before, opening the game on a 15-4 run. The Warriors were able to keep the high-scoring Saints in check over the first eight minutes, yet despite the great defense only led by nine. CCCB began to make a run and five minutes later the game was tied at 21. The Saints grabbed the lead and led for the rest of the half, extending it to as many as five. But Calvary was able to cut it down to just two and trailed at halftime 33-31.

The second half picked up right where the first left off, with both teams able to answer one another at both the offensive and defensive ends. Five minutes into the half Central was able to pull away slightly and held a 42-37 advantage. The Warriors were always able to keep the Saints within six points and with just over 11 minutes left back-to-back and-1 conversions from Zeb Green and Braydon Unruh turned a five point deficit into a one point lead, 51-50. This sparked the offense for Calvary and the Warriors pushed the lead back to 12 with five minutes left. The Saints wouldn’t go quietly, and with two and a half minutes left the Warrior lead was just 5, 71-66. CCCB cut the lead to three multiple times over the last two minutes and had a chance to tie the game at the free throw line trailing by two, but couldn’t. The Saints had a shot at the buzzer to tie, but it didn’t fall as Calvary held on, 77-74.

The third time was the charm for Calvary, after falling to the Saints by two and four points earlier in the season the Warriors were able to pick up a win when it mattered. After the game head coach Matt Sanders called it, “A huge win, we played tremendous defense, and the starters were fantastic.” The Warriors only scored three bench points in the game and only knocked down one three point shot. “Winning with only one three is incredible, but really points to our total team defense. Zeb Green and Benjamin Jones were fantastic at that end.”

Green not only played well defensively, but also led the Warriors in scoring with a big time 25 point, 19 rebound double-double. He now owns the top three individual rebounding games in the country this season. Braydon Unruh had 15 points and 7 rebounds, Benjamin Jones had 13 and 8. Jay Lems had 12 including the Warriors’ only three-pointer.

With the win Calvary advances to the semifinals on Friday, where they will take on the number two seed Barclay for a place in the conference championship game.