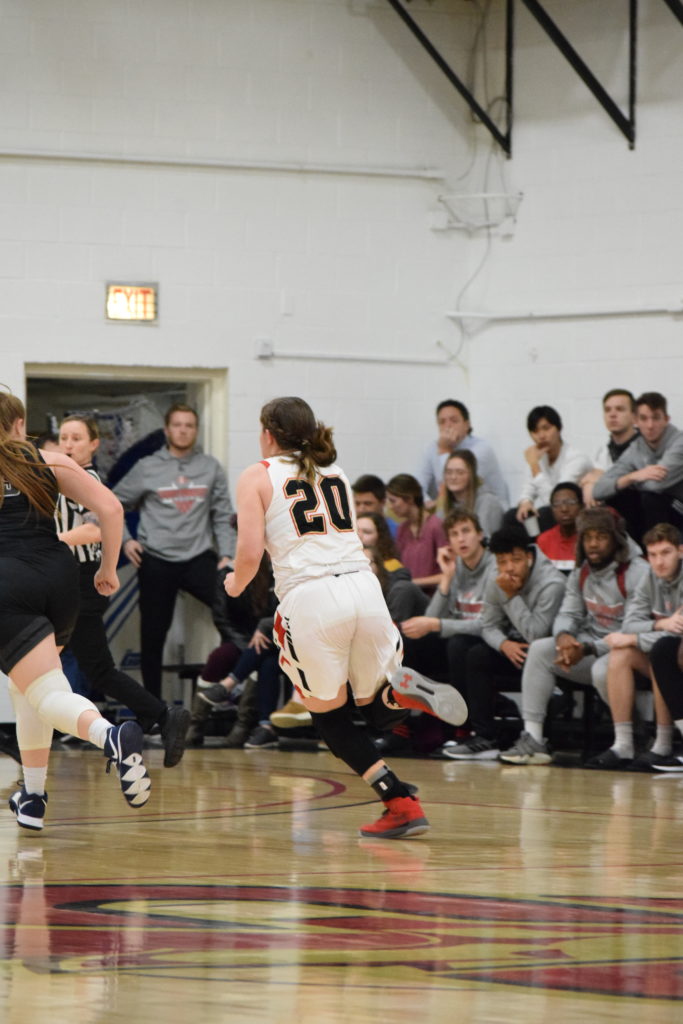 It was another slow start for Calvary as it took the Warriors over three minutes to make a field goal to open the game. Barclay, however, was unable to capitalize on the opportunity scoring only four points over the same time frame. The game was tight for the rest of the quarter with neither team able to extend a lead, at the first break Calvary trailed 19-18.

It was tough sledding at the beginning of the second quarter as well, as the game remained extremely close. The Bears led for much of the quarter, as both teams battled back and forth. An Avery Kornstad three broke a 40 point tie with under a minute to play in the half. Great defense then led to a Hannah Sorensen layup with one second left in the half and sent the Warriors to the locker room up 45-42.

The game continued to be a hotly contested one throughout the third quarter. The Bears were able to claw back and held a three point lead with two minutes left in the period. Calvary then went on a 12-2 run to close out the third and headed to the fourth with the largest lead either team had up to that point ahead 67-60. In the fourth the Warriors picked up where they left off outscoring the Bears in the quarter 36-22. The Warriors created turnovers that led to transition opportunities and were firing on all cylinders at the offensive end while putting the game away, winning 103-82.

Calvary moved the ball well in this one earning assists on 24 of 38 made baskets. The Warriors were active on the defensive end as well where Barclay turned the ball over 34 times, 14 coming from Warrior steals. After the game, head coach Tressa Shoemaker said, “It was a great contest and we stepped up and finished strong. I am proud of this team for staying poised tonight and getting the much needed run at the end to seal the win.”

The Warriors spread the wealth as well, with six players in double figures. Anna Holloway led the scoring with a game high 25 points, Shalom Sutcliffe had 16 points and added 7 assists, Taylor Hunter had a 15 point, 11 rebound double-double, Sorensen and Kornstad both tallied 14 points, and Anna Davis chipped in 11.

With the win the Warriors improve to 11-7 on the season and 4-1 in conference play. CU gets another home game Tuesday evening against the CCCB Saints.