Calvary Runs Past Manhattan in First Round 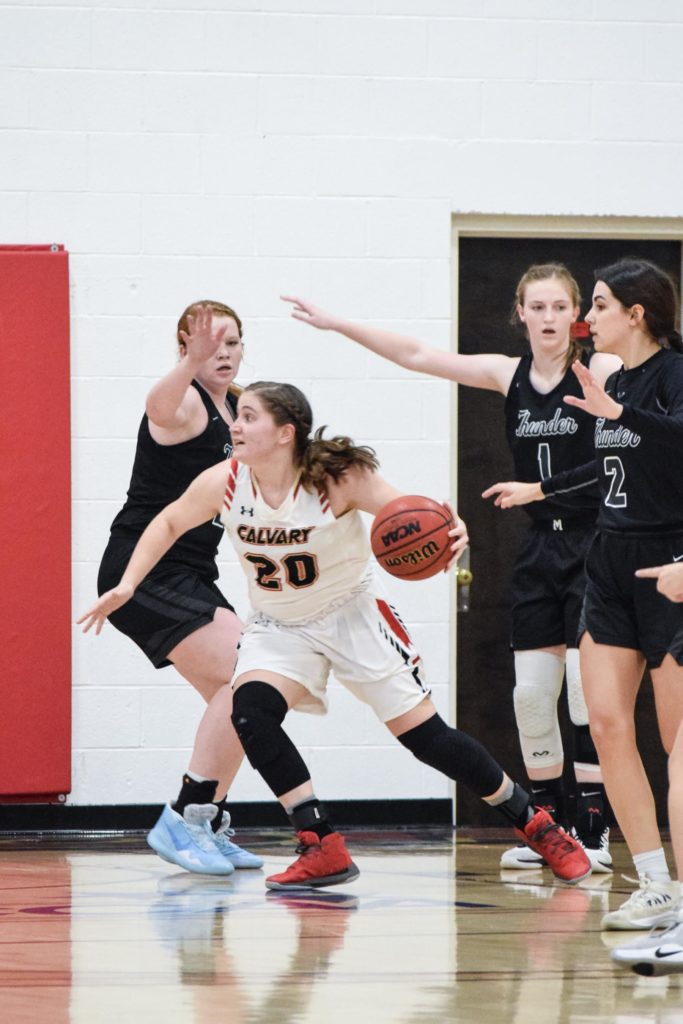 After a shaky first quarter, Calvary found their groove and beat the Thunder 81-52.

It was a relatively low scoring first quarter as both teams struggled to score. Calvary led for most of the period, but a Thunder three on their final possession sent Manhattan into the quarter break with a 14-12 lead. On the first possession of the second quarter, Taylor Hunter knocked down a three to retake the lead and Calvary never looked back. The Warriors opened the quarter on a 12-0 run, and kept the intensity going on both offense and defense outscoring the Thunder 28-11 in the second. Calvary led 40-25 going into halftime.

The game was never in doubt in the second half as the Warriors quickly pushed the lead to 20. Manhattan tried to make a run multiple times in the third, but every time the Warriors had an answer and never allowed the Thunder to close the gap. Calvary was led by as many as 25 in the period and went to the fourth quarter up 69-45. In the fourth, the Warriors’ defense simply overwhelmed a fatigued Manhattan team holding the Thunder to just 4 points over the final eight minutes, easily taking the game by a 29 point margin, 81-52.

Head Coach Tressa Shoemaker was pleased with her team after the first round victory saying, “We were ready to play from the start defensively, but it took us a little bit of time to get the same rhythm offensively. Once we did, we never looked back and are excited for the next game.”

The Warriors scored 57 points in the second and third quarters alone, connecting on nine threes in those quarters, and shooting 32% from three on the game. Calvary also had 14 assists compared to 11 turnovers, to go along with 21 steals.

Kennedy Wilson led the Thunder with a 18 point, 12 rebound double-double. Her 12 rebounds were a game high.

With the win Calvary, the second seed, advances to the semifinals of the Midwest Christian College Tournament. The Warriors will play Barclay, the number three seed, on Friday with a spot in the championship game on the line.