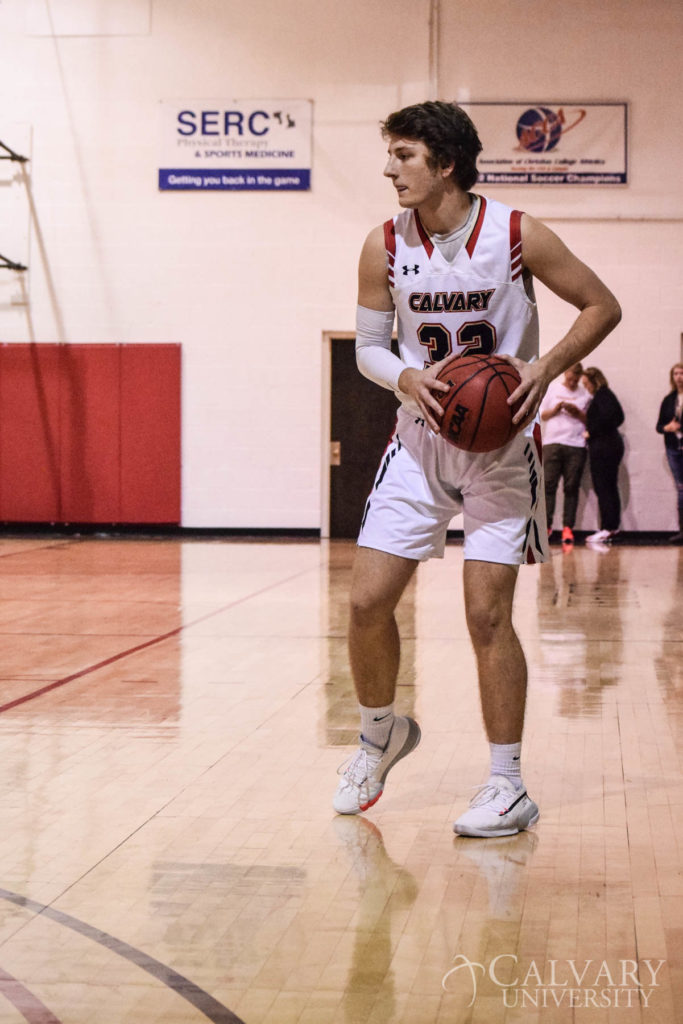 The Warriors came roaring back from a 15 point deficit, only to go cold at the end, ceding a conference game to the Ambassadors.

After a very slow start offensively, Calvary found themselves in an early hole. The Warriors didn’t make a field goal for the first five minutes of the game, yet at that point trailed by only seven. Ozark then went on an 11-3 run extending the lead to 15 multiple times. CU to their credit never let the game get out of hand, and behind sharp shooting from Cam Bender, was able to head to the locker room for halftime tied at 35.

The Warrior came out in the second half and were able to grab a quick lead before both teams began to go back and forth. Ozark then pulled ahead before Calvary answered back and tied the game at 53. The Ambassadors then went on a 9-0 run and little went right for the Warriors the rest of the way as they couldn’t seem to make up any ground and were plagued by turnovers over the final five minutes. Eventually, losing 72-63.

While the Warriors played well without their second leading scorer Braydon Unruh, who is out with an ankle injury, head coach Matt Sanders said after the game, “There are no moral victories, they outplayed us the last 6 minutes. We turned it over four straight possessions and then couldn’t get stops. Even without Braydon, we were right there with a chance to finish the game off.”

Zeb Green had another double-double with 19 points and 14 rebounds. Bender had 19 points as well, and Jay Lems chipped in 8.

With the loss Calvary falls to 9-7 on the season and 2-2 in the conference. The Warriors are back in action Friday night at the Pyramid against the Barclay Bears.