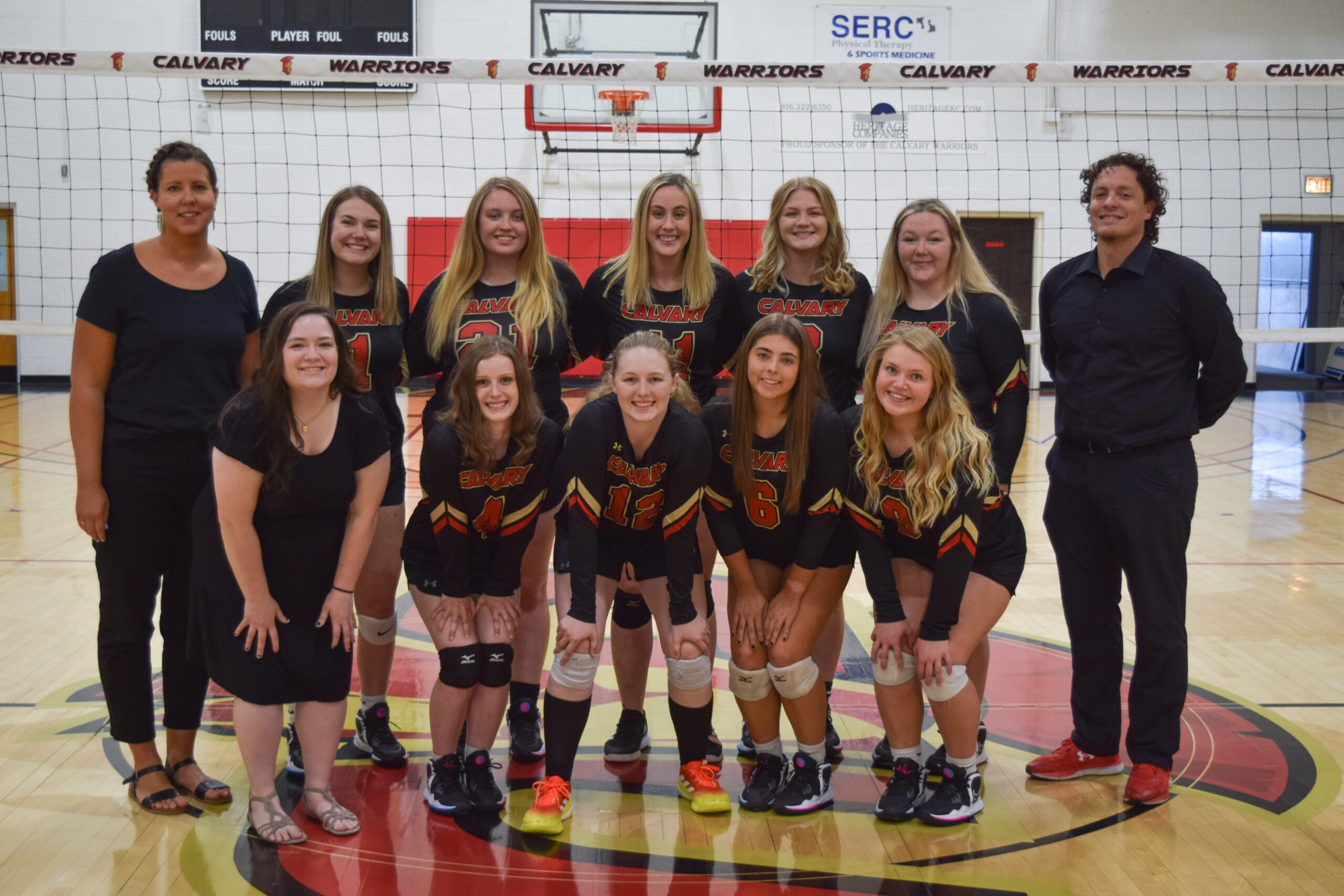 Another win is in the books as the Warriors defeated rival Barclay College 3-1 on Friday night. The Pyramid was full of fans wanting to be there to support their Lady Warriors. The Warriors gave the fans their money’s worth today.  CU improved to 4-0 on the season with the win.

In the first and second sets, the Warriors started with big serves and gained momentum with some big swings from Leah Grady. Elle Davis, Haley Arneson, Mickenzie Rairdon, and Alli Edwards all teamed together to help Grady control the front line. The Warriors played very well throughout both sets.   They won both sets, 25-16 and 25-19.

The third set didn’t fare so well for the Warriors. Calvary struggled with a few of their serves and started with multiple errors in the net or out of bounds. In the end, the Warriors couldn’t overcome the Bear’s momentum losing 16-25, still up 2-1 in the match.

The Warriors fought in the fourth set as they built another large lead. Alli Edwards started CU off strong in serving. Arneson and Rairdon did a great job on the attack in the final set. The Warriors went on to win the set 25-17 for a 3-1 victory.