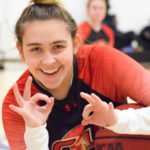 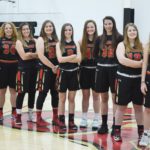 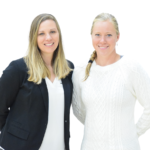 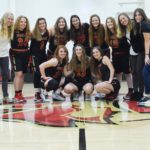 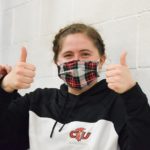 The Calvary Warriors fell short in the NCCAA DII North Region Championship on Saturday afternoon as the team lost to #1 seeded Maranatha Baptist University 64-78 in Ankeny, IA. The Warriors came out quite strong, battling hard to take the lead for much of the first half before eventually losing the lead in the third quarter.
The Warriors endured foul trouble throughout the contest. They handled it well throughout the first half but came out flat after the half, losing momentum and going down eleven points in the quarter. Starting the fourth quarter with the deficit was too much to overcome in the end. Taylor Hunter valiantly tried to keep her team within reach with 35 points. Anna Holloway added 16 points to the cause.

“The effort and desire to play as a team gave us what we needed to finish the weekend well, stated Coach Tressa Shoemaker. “My desire was that if it was the end, we would end well together, fighting together, encouraging together, and glorifying God together … that’s what this team did.”  This team has accomplished more in the last three years than most expected. They have played for five titles, set records that will be difficult to break for years to come, and endeared themselves to the Calvary family. We want to let the players sign off for this season with their thoughts. Well done ladies!!

Tori
“We had an amazing last month of basketball. Everyone one of us got to be a star in our own way. We enjoyed each other so much during this time we spent as a team. This loss hurt so badly because we felt exhaustion like no other. We played so well together because we wanted to succeed together. We loved well. God filled us with something different, His strength and endearing love. We used that and we got to this end, this wonderful yet bitter end.”

BAM (BethelAnn Manson)
“Throughout this past season we have had some highs and lows. I am so grateful that I am on a team that lives for Him and praises God in the wins, but also in the losses. Even though today didn’t end the way that we wanted it to, I think it’s safe to say that we are all just filled with thankfulness to God for the past several years that we have had with one another.

Taylor
“We were chosen for this. God placed us on this team, with this special group of girls and coaches and it’s all because of Him that we were able to accomplish so much in the past 3 to 4 years of being at Calvary. It’s rare to find a team that loves each other this much and who glorifies the Lord through their actions. They all have become my best friends and I will remember these moments for the rest of my life, these are the stories that will be passed down from generation to generation.

Avery
Behind all the hours of practice and the coaches who’ve pushed you is a little girl who fell in love with the game and never looked back.

Lynzee
“I am so thankful for my teammates and the memories we’ve made. I just want to thank them all for helping be grow and be the best me possible.”