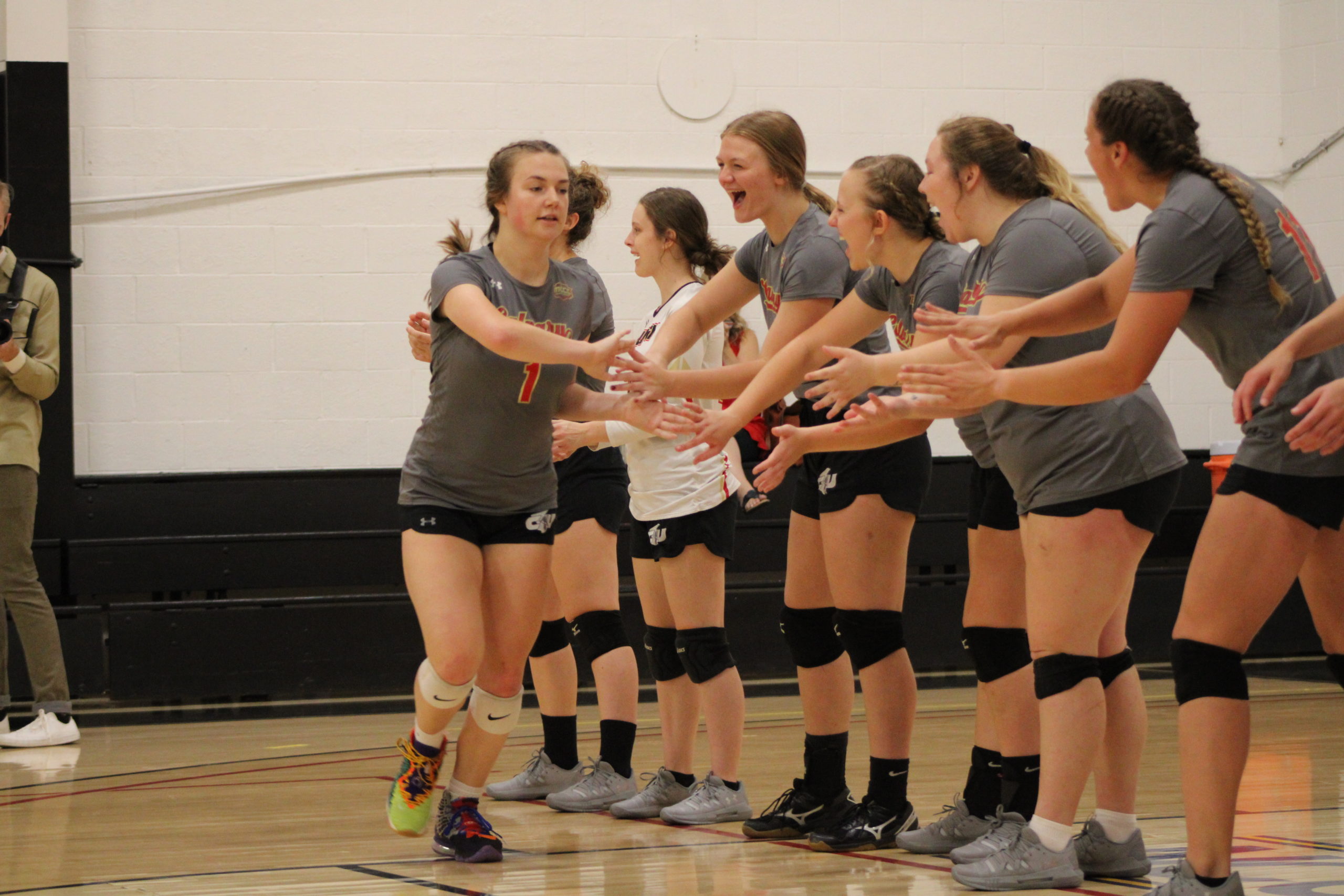 The CU freshmen had a dominant performance on Saturday as they led the Warriors to a sweep over Great Lakes Christian College.  “The freshmen were good tonight,” Warrior Head Coach Josh Johnson said. “Elle took over in set two.  Brianna was fantastic in set three.  Haley and Kolbie were stabilizing forces as the team came out of the gates fast.  It was a great performance.”

The Warriors and Great Lakes had never met before on the volleyball court.  The Warriors came into the match at 8-6 having dropped their last contest Friday to Barclay College. CU got off to a great start in the first set, jumping out to an early 10 point lead. The team was in sync offensively while defensively they were able to come up with big digs as they continued to stretch their lead.

After the Warriors cruised to a first set victory, the second set proved to be more challenging as both teams went back and forth. Still, the Warriors were able to build a small lead behind big kills by Elle Davis.   The third set was similar to the previous set.   The Warriors went on an eight-point match-clinching run with timely swings from Brianna Hansen.

“It was a great team effort today,” Coach Johnson said. “Hannah Davidson and Basia Nesbett-Tucker each transitioned tonight to different roles.  It was difficult for both of them but they did a good job.” Haley Arneson led the team with seven kills.  Elle Davis followed closely behind with five kills.  Miriam Mccubbin and Kolbie Krempges each added eight digs to give the CU defense a huge lift.  Davidson also had 20 assists in the match.

The Warriors will be back in action on Tuesday night against nationally-ranked Manhattan Christian College.  The match time is 6 pm in Manhattan, KS.