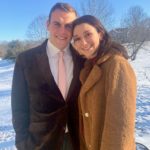 Coach Jayke Maples grew up in St. Louis and moved to Kansas City at age 13.  He has lived in the Smithville, MO area since then.  Jayke started playing soccer when he was a Junior in high school.  He realized soon that he loved the attacking nature of the game and was excelling in the forward position.

In college he attended NAIA Central Christian College on a soccer scholarship.  He played for four years with CCC. and received all conference honors at the end of his four years.    He has been involved in coaching youth soccer through the years and now is excited to build his philosophy on the pitch at Calvary University.

He will seek to always focus on individual abilities and improving individual skills first.  He wants his players to focus on the positive and to fall in love with the game like he did.  His relationship with the Lord is an important part of his coaching.  It is his desire for each player to put the same principles to work with their walk with Christ that they put to work in improving on the soccer field.

Jayke is getting married to Taylor in July.  He loves to play guitar and spend time with Taylor in his free time. 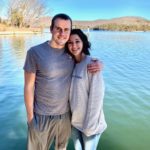