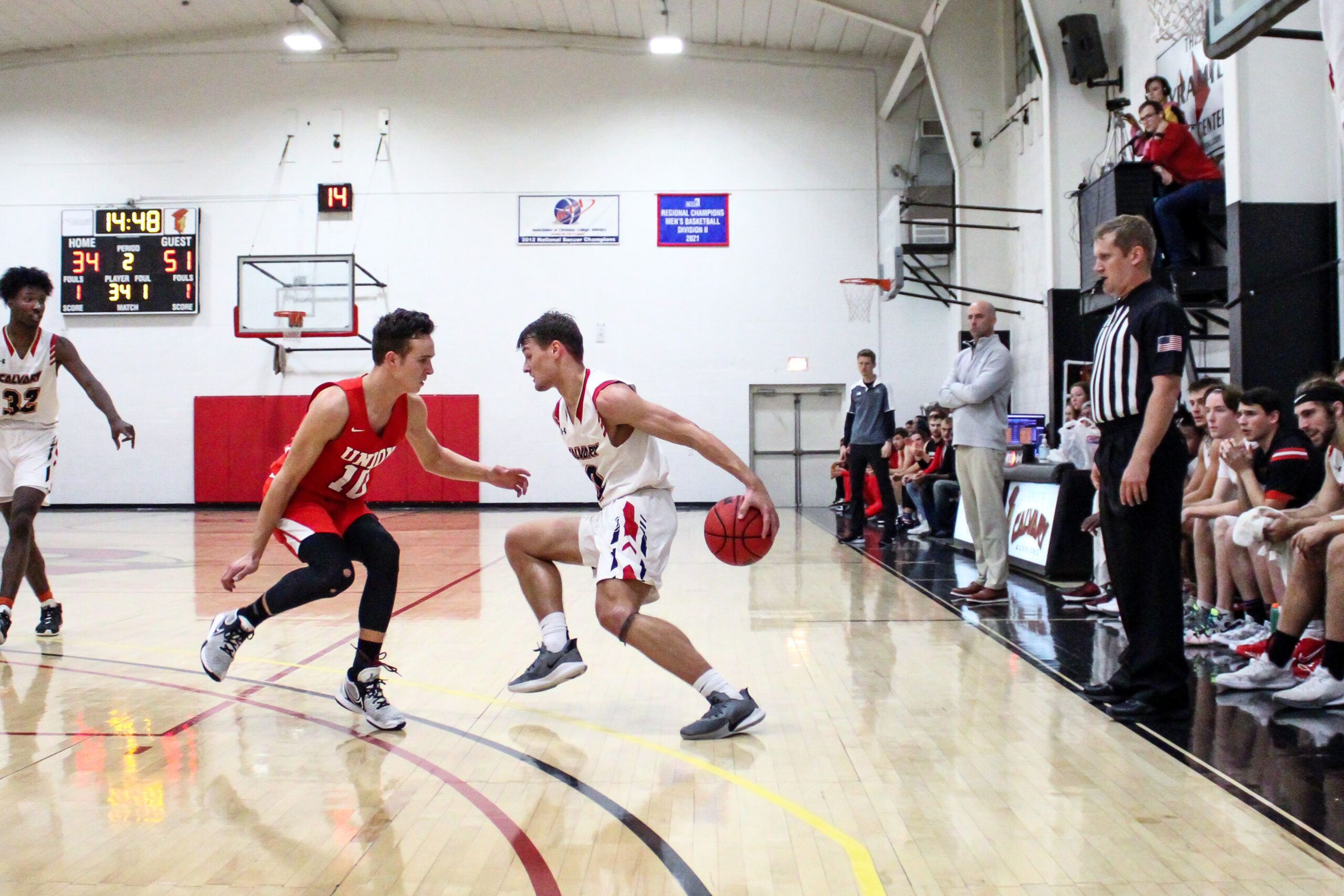 The Warriors had Ozark Christian College on their heels in the second half, but a late run by the Ambassadors ended any chance of an upset as the Warriors fell 73-84 on Tuesday night.

“This was a learning experience,” Warrior Head Coach Matt Sanders said. “We went down early but did a good job of coming back to take the lead in the second half.  We had four empty possessions and that was the game.”

The Warriors knew they would be in for a tough test as they battled the Ambassadors. In the opening half, the Warriors went down early with Ozark scoring easily against the CU man-to-man defense.  Defensively the Warriors struggled some in the first half to get stops.  At the half, they went into the locker room and discussed what it would take to play a better defensive half.

As the second half began, the Warriors came out in a zone looking to regain the lead. Jamaal Smith went on a 10-0 run single-handedly to give the team a big lift.  The defensive momentum started going Calvary’s way and the team got back-to-back-to-back stops several times throughout the half with the aggressive zone.  CU was able to take a four-point lead as the half was winding down but Ozark answered with key buckets in the last three minutes to get the eleven-point margin of victory.

“We only had thirteen turnovers and tallied an exceptional eleven offensive boards tonight”, Coach Sanders said. “That is huge for us going forward.  We continue to improve offensively but only shot 68 percent from the line tonight.  That really hurt us.  Jamaal played well for us tonight with 24 points.  Cedric played his best offensive game of the year and Seth was terrific off the bench.”

The Warriors head West to Haviland, KS to play Barclay this weekend.