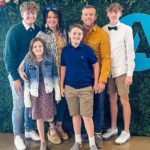 Calvary University is pleased to announce the hiring of Robby Bollinger as the Head Women’s Basketball Coach.

Robby played the defensive back and running back positions on his high school football team in Harrisonville, MO. He was an accomplished guard for HHS on the basketball court as well. Throughout his high school career, he received numerous honors, and then went on to play football on scholarship at Mid America Nazarene University.

Coach Bollinger has been on the men’s coaching staff at Calvary for two seasons. He was an integral part of the 2020-21 team that won the North Region Championship and represented Calvary in the NCCAA National Tournament. He also has coached a number of additional sports in Cass County for over 20 years. His passion and excellence in fitness and strength training has allowed him to impact the careers of many highly successful athletes and teams in the Belton community. Recently he was able to launch his own fitness company F3 as well.

Coach Bollinger’s passion is sharing the gospel to the youth of our community through sports. He is excited to fit basketball at CU into that passion. He is married to his beautiful wife Brooke. They live an extremely active life with their children Logan(18), Drew(16), Solomon(12), and Holland(10). Their family lives in Belton and attend church at Abundant Life in Lees Summit. 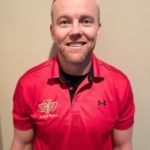