Warrior Soccer Falls to no. 10 Thunder 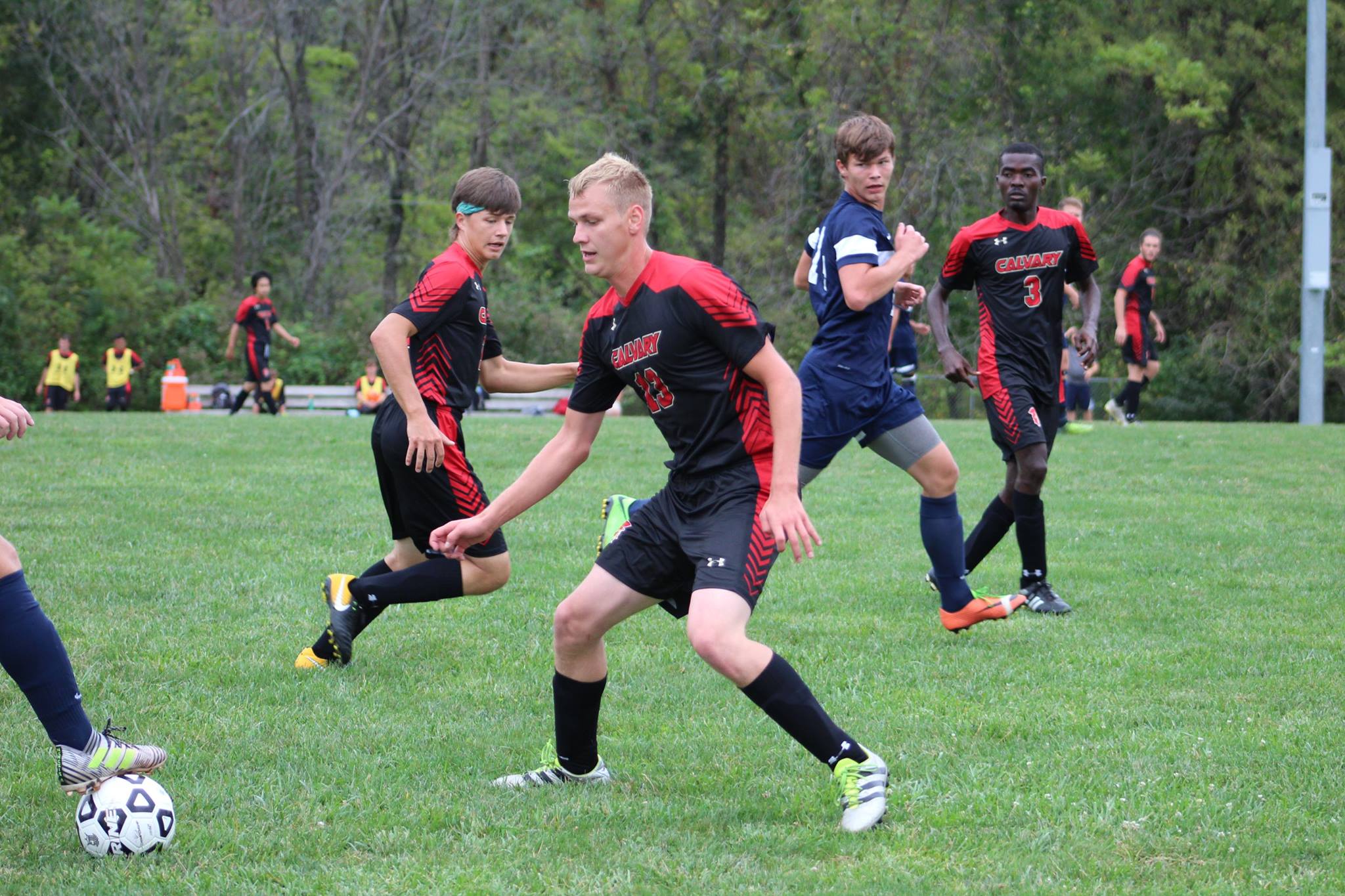 The Thunder were the first to strike, scoring on a solo goal in the 4th minute. Two more goals were added by the Thunder before the Warriors had their first shot though they were able to create several opportunities. One more goal in the 42nd minute left the Warriors in a difficult position down 4-0 at halftime.

The second half showed big improvement for the Warriors as they were able to get in great positions to score, but couldn’t get many shots off. Defense showed great progress as well, keeping the Thunder from scoring nearly the entire half. The Warrior’s lone goal came late in the game from a Mark Rodenberg PK in the 84th minute. A goal in the 87th minute and a PK in the 88th minute sealed the game for the Thunder.

The Warriors had 11 total shots and 6 on goal. Samuel Her and Mark Rodenberg each had four shots.

The Warrior’s next match will be September 29 at Faith Baptist Bible College. The Eagles are currently 3-1-1, and 0-0-1 in conference play, with a 5-0 win over Emmaus Bible College and a 1-1 draw with Ozark Christian College.