Warriors Bounce Back with 85-65 Win Over Eagles 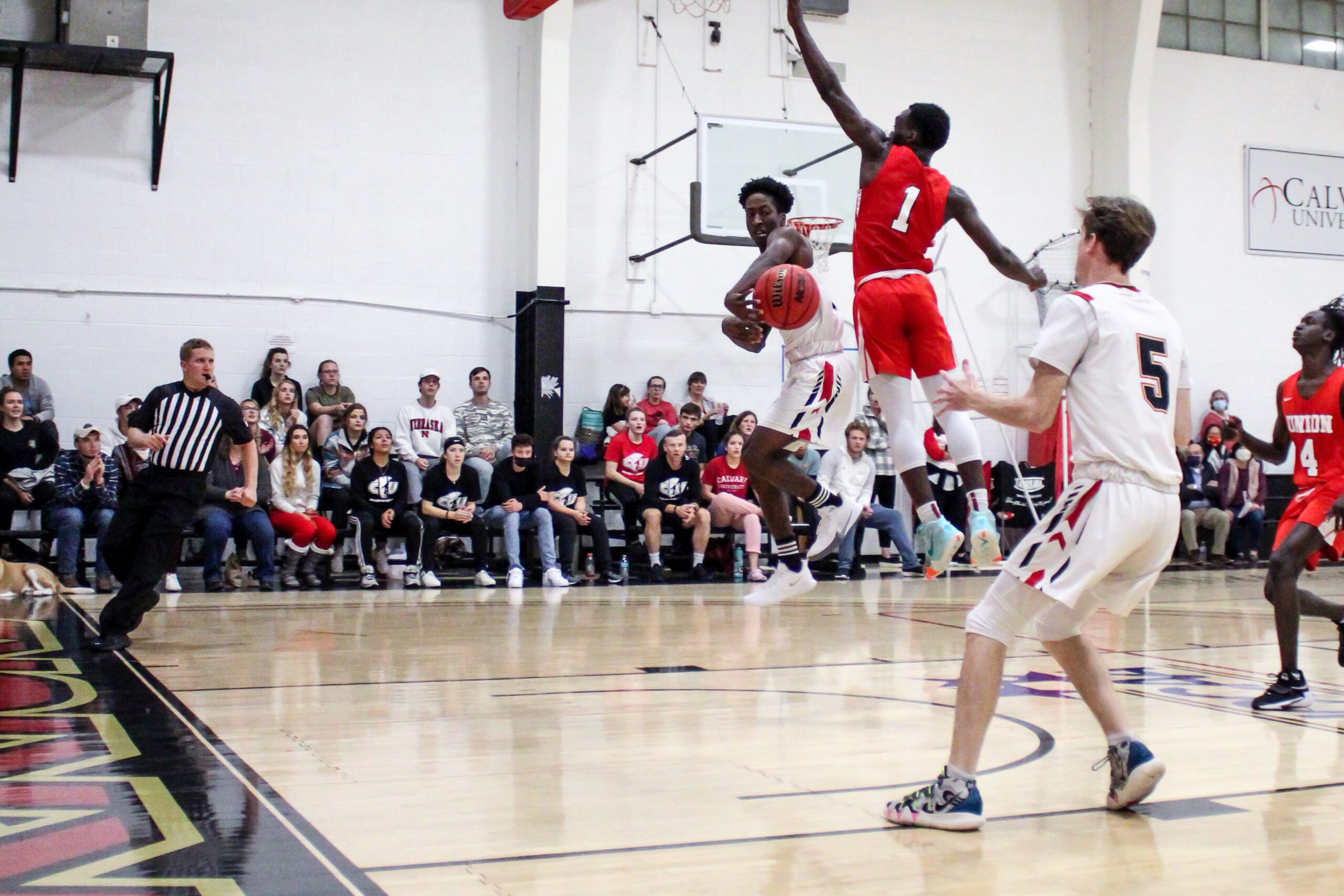 After back-to-back losses last week, the Warriors got back to their winning ways on Saturday as the team turned in a strong performance to capture a road conference win over Faith Baptist 85-65.   Jonah Murr led the Warriors with 31 points, as the team won their second conference game of the season.

“It’s always tough to play here,” Warrior Head Coach Matt Sanders said. “We were fortunate to come away with a win. I was proud of how we played tonight, and we had several guys step up today for us.”

The Warriors and Eagles met a few weeks ago in Kansas City with the Eagles winning by one.
With just over one week left in the regular season, the Warriors took the court hoping to capture another conference victory.

The Warriors came out firing and took a 12-2 lead from the start.  This was critical for the team because statistically, they have often started slowly this year.  The fast start was spurred by Jonah Murr with 31 points, but the entire team did a great job of hitting open looks.  As the half wore on, Calvary continued great shooting and tough defensive play.  When the whistle blew at the half Calvary took an eleven-point lead into intermission.

CU came out strong to begin the second half as the team went on another run to go up 21 points.   Still, the Eagles continued to battle as they didn’t allow the game to get away.  After a six-point Eagle run, Calvary called a timeout to re-focus defensively and was able to string together some additional stops to go on a little run of their own.

“Jonah put in a total performance for us tonight,” Coach Sanders said. “His shooting was a huge spark today.”

The Warriors limited their turnovers to one of the lowest totals they have had all season while also holding the Eagles to shooting just 18% from three-point range. Next up, the Warriors play nationally ranked Manhattan Christian College at 7 pm Tuesday in Manhattan, KS.