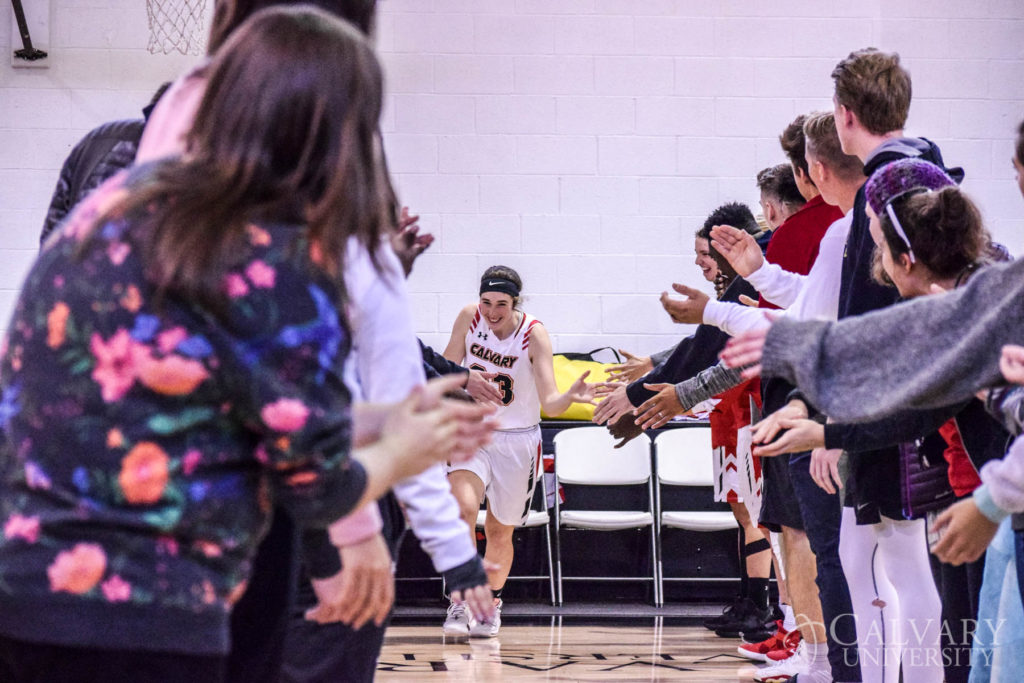 Calvary picked up their third straight win, and fifth straight at home, defeating the Saints 84-53.

Both teams started rather slowly as it took the Warriors two minutes to open the scoring, but after grabbing the early lead Calvary never trailed. CCCB was able to keep the game close through much of the first quarter cutting the lead to two after Calvary went on a 9-2 run. The Warriors though were able to keep the Saints at arm’s length and a buzzer-beater three from Taylor Hunter at the end of the first quarter put Calvary up 22-13. The Warriors didn’t slow down in the second keeping the lead in the double figures for almost the entire quarter. Led by outstanding three point shooting from Avery Kornstad, CU went into halftime up 47-28.

The second half picked up right where the first left off after a quick Central Christian basket the Warriors went on an 18-0 run holding the Saints scoreless for over 7 minutes. Calvary didn’t make a three-point shot in the second half, but they didn’t need to after outscoring CCCB 24-9 in the third the Warriors led by 34, 71-37. Calvary’s bench played most of the fourth quarter, with every player on the team getting at least 8 minutes of action. The Saints outscored Calvary in the fourth 16-13, but it didn’t make any difference as the Warriors cruised to another conference victory 84-53.

Kornstad led the Warriors with 23 points, Hunter chipped in 18 points, and Shalom Sutcliffe added 13 points and led the team in rebounds with 7. As a team the Warriors shot 45% from the floor and tallied assists on 18 of their 34 makes. Every Warrior either scored or had at least three rebounds.

With the win Calvary improves to 13-7 on the season and 5-1 in MCCC play. The Warriors hope to continue their home winning streak on Friday, when they take on Ecclesia at the Pyramid.