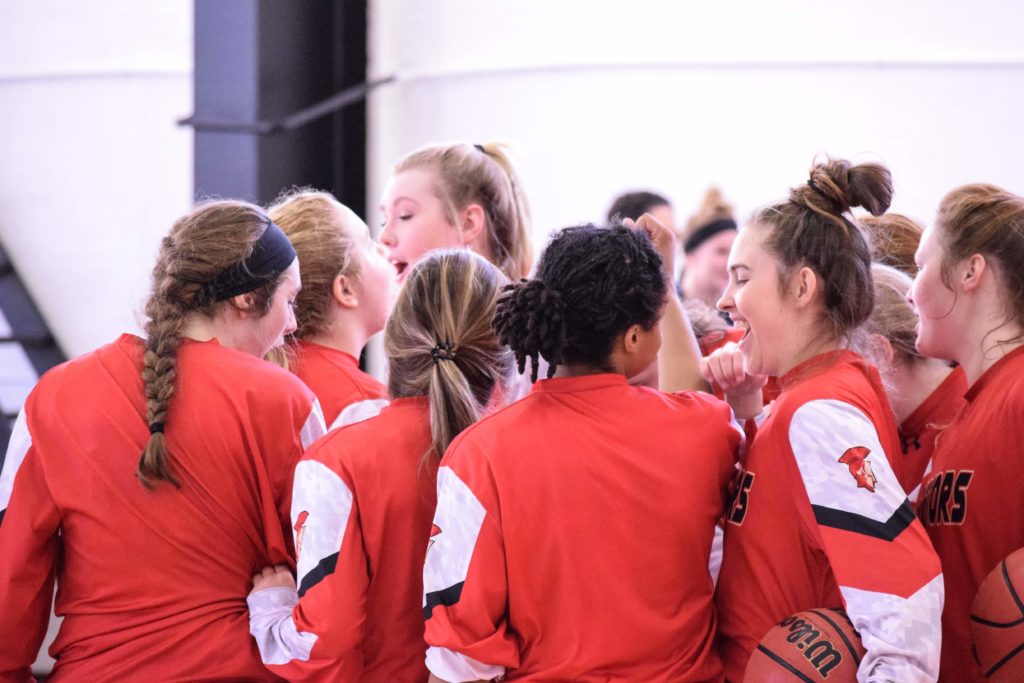 The Pilots opened the scoring in this one and held the lead through the first five minutes of the game before Anna Holloway knocked down a three to give the Warriors their first lead, 11-9. That shot started an 8-0 run for the Warriors, and Calvary closed out the quarter holding a six point lead, 26-20. The second quarter began well for the Warriors as they started on a 7-0 run holding Providence scoreless for the first four and a half minutes. Down 33-20 the Pilots didn’t go away and cut the lead to four with a minute left in the quarter. Calvary was able to push it back to six though and went to halftime up 39-33.

The third quarter was tightly contested and Providence had completely closed the gap tying the game at 42 with six minutes left in the quarter. However, Calvary never relinquished the lead scoring on their next two possessions to give themselves some breathing room. The Warriors led by 11 with just over two minutes left in the quarter, but the Pilots were able to cut the lead to five. Calvary went to the fourth quarter up 62-57. The Warriors hung onto at least a three point lead throughout the final quarter and quickly extended it to 10. Calvary shot 89% from the free throw line in the period to close out the 92-80 win and punch their ticket to the Regional Championship game.

After the game, Shoemaker had nothing but good things to say about her team, “They have been incredible this year and I thank God everyday for blessing me with this group of girls. I could go on and on about each one and how they selflessly give of themselves. They won today by their testimony and love for each other.” She also mentioned that the Pilots out-rebounded the Warriors in this exact game a year ago, and that the team had been waiting for a chance to prove themselves against Providence this year.

Calvary cleaned up the glass in this game grabbing 39 rebounds to Providence’s 21. The Warriors also shot 47% from the field and 81% from the free throw line, while holding the Pilots to just four made threes, just 23% from behind the arc. Calvary also assisted on 16 of their 30 made shots. The win also made Tressa Shoemaker the winningest head coach in the history of Calvary women’s basketball.

Taylor Hunter led the Warriors with a game high 29 points, including making 15 of her 18 free throws, she added 9 rebounds as well. Anna Holloway had 24 points and 8 boards. Avery Kornstad had 15 points. Anna Davis had a 14 point, 10 rebound double-double, the 10 rebounds a game high. Shalom Sutcliffe had 9 assists.

After defeating the number one seed, Calvary advances to the North Regional Championship game to play the number two seed, Maranatha Baptist University, with a bid to the NCCAA National Tournament on the line.