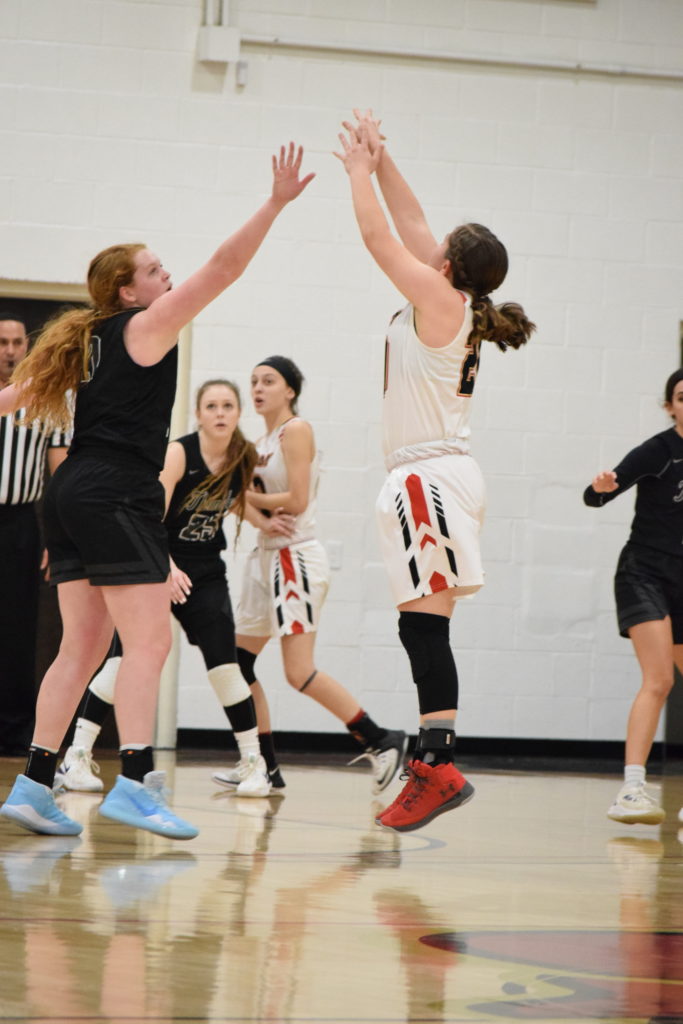 After a slow start Calvary found its offensive rhythm and downed Ozark 76-58.

It took the Warriors some time to get going offensively going six minutes before making a field goal. However, during the same time span Calvary held the Ambassadors to just six points. The Warriors turned on the offense from that point and went on a 20-5 run to end the first quarter. The second quarter was more tightly contested as the Warriors backed out of their full court pressure. However, CU was still able to extend their lead and went into halftime up 42-29.

Calvary opened the second half somewhat slowly allowing the Ambassadors to come to within six points, but the Warriors were able to stem the tide and push the lead back to 16 by the end of the third quarter. Both offenses slowed down in the fourth quarter, but Calvary was still able to extend the lead and won 76-58, picking up another conference victory.

After the game head coach Tressa Shoemaker was pleased with the team’s effort during the game saying, “Everyone contributed in tonight’s game in one area or another. I was proud of their unity and willingness to play for the team and not themselves.”

Anna Holloway led the Warriors with a 30 point, 15 rebound double-double driving the offense the entire night. Taylor Hunter had 14 points, 5 boards, and 6 steals in her return to the lineup. Shalom Sutcliffe added 7 steals and 3 assists.

With the win the Warriors improve to 10-7 on the year and 3-1 in the MCCC. They return to action Friday night at the Pyramid against Barclay.