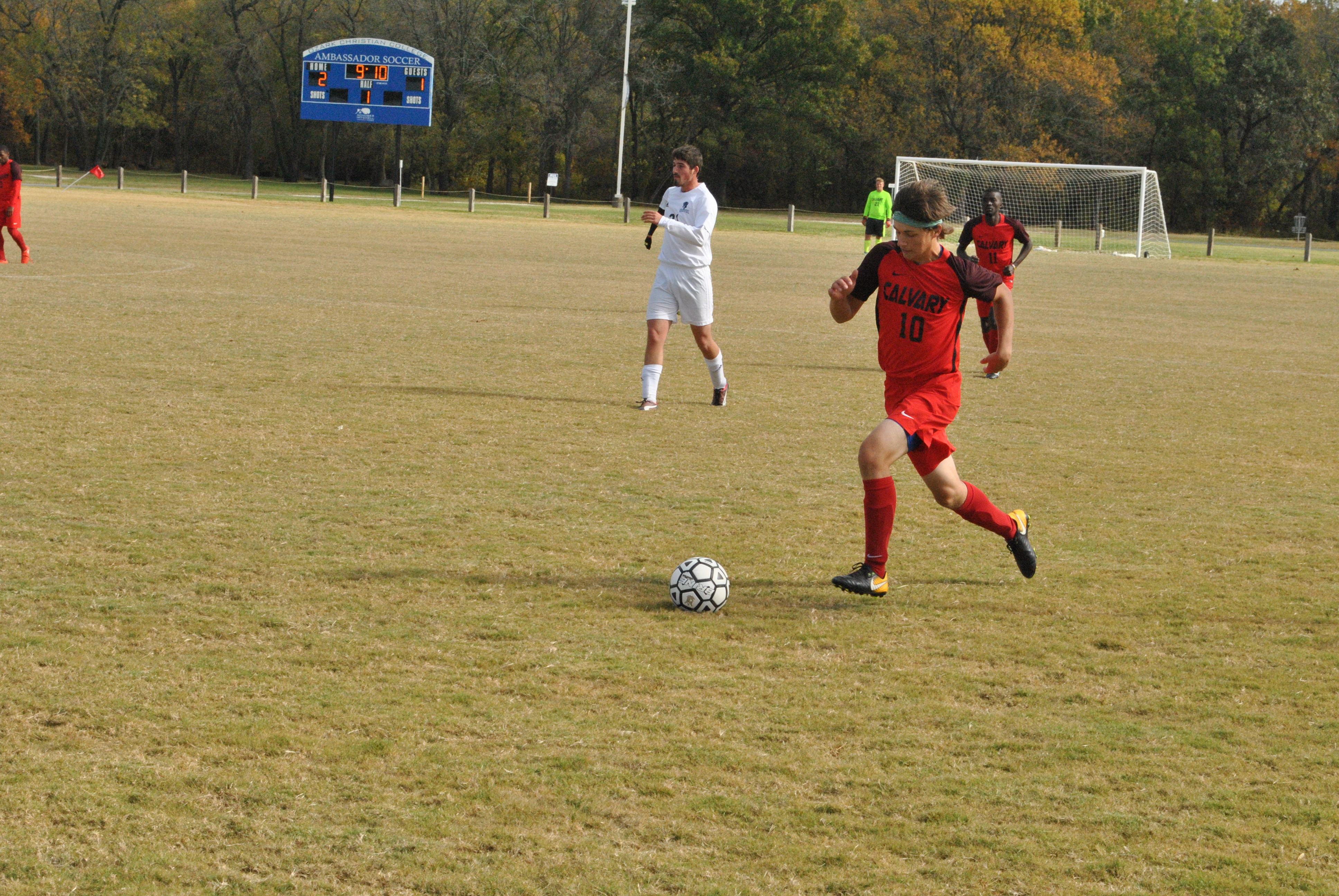 JOPLIN, MO – October 27, 2017 – An injured Calvary Men’s Soccer team could not keep up with Ozark Christian College in the fifth-place game of the MCCC Tournament, resulting in the Warriors losing to the Ambassadors 4-1.

Things started on a positive note for the Warriors, gaining the lead with an unassisted goal by Sam Her in the 6th minute of the game. The Ambassadors tied the game in the 17th minute, followed by three more goals in the 21st, 37th, and 42nd minutes, and taking a 4-1 lead at halftime. The score would not change the entire second half, allowing the Ambassadors to gain the win and fifth place in the tournament.

Calvary had 9 shots compared to Ozark’s 25. Seth Bielenberg had 6 saves, Sam Her and Takuya Takagi each totaled three shots.

The Warriors will enter the NCCAA North Region Tournament with a 2-9-2 record.