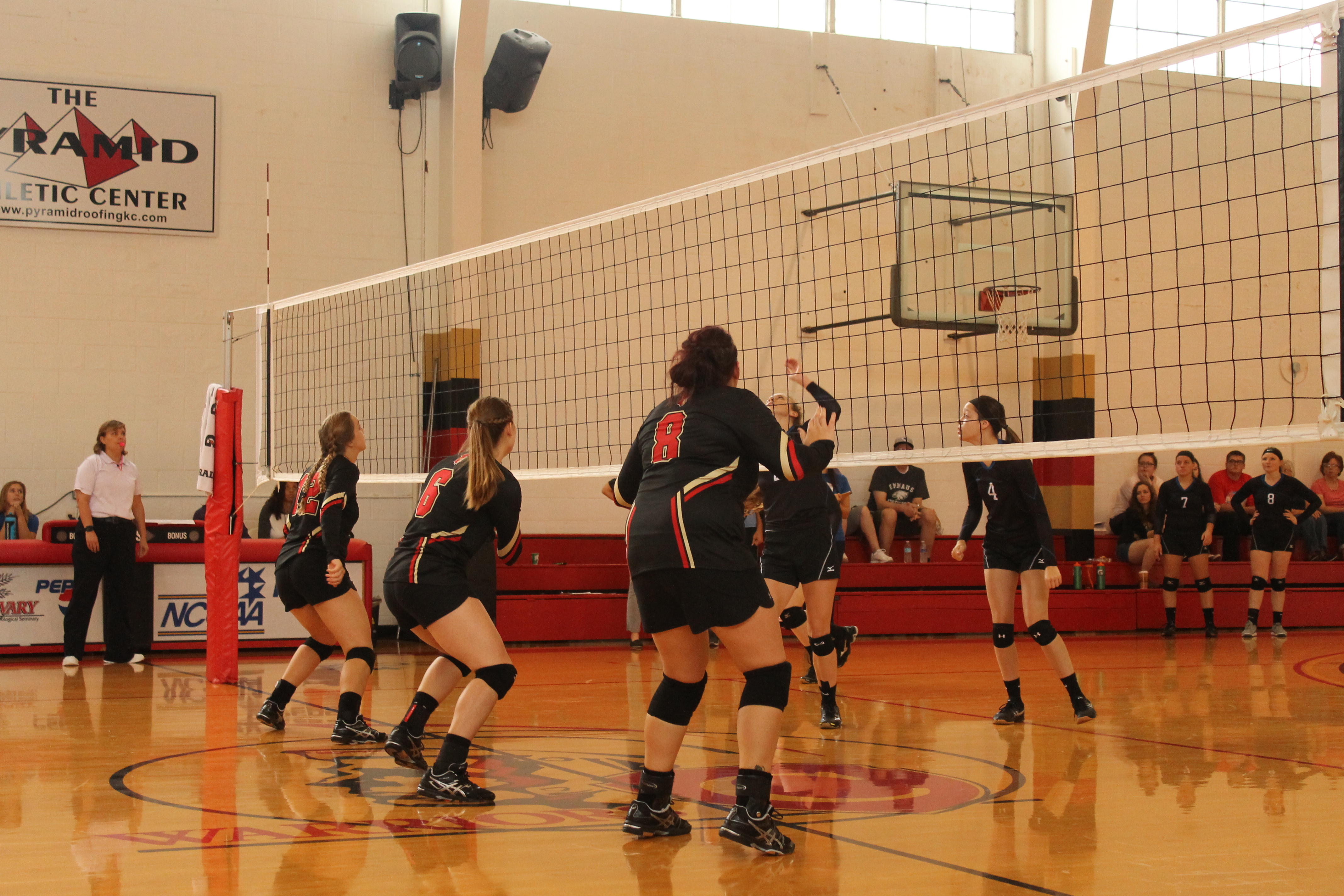 On Friday, Faith got out to a quick start against the Warriors in the first match, going up 10-1 and forcing the Calvary timeout. The Warriors struggled to put together an effective attack the rest of the match, hitting a -.249 hitting percentage, and losing 25-11. The Warriors continued to battle in next two sets, but they were much the same ending, eventually falling to the Eagles 25-18, and 25-18.

The Warriors totaled a -.091 hitting percentage against Faith, and recorded 18 kills, 49 digs, and 9 blocks. Individually, CJ Lewallen and Kaela Gingrich each had 5 kills, and Tasha Krahn and Paige Specht had 12 digs each.

Against Emmaus, the Warriors fared better, but were still unable to put together enough successful attacks to end the day with a win, losing in three hard-fought sets, 25-19, 25-15, 25-22.

The Warriors will enter the Midwest Christian College Conference Tournament with an 8-6 record. Their first game will be against Faith Baptist Bible College on Friday, October 21 at 9:00AM CST in Manhattan, KS.