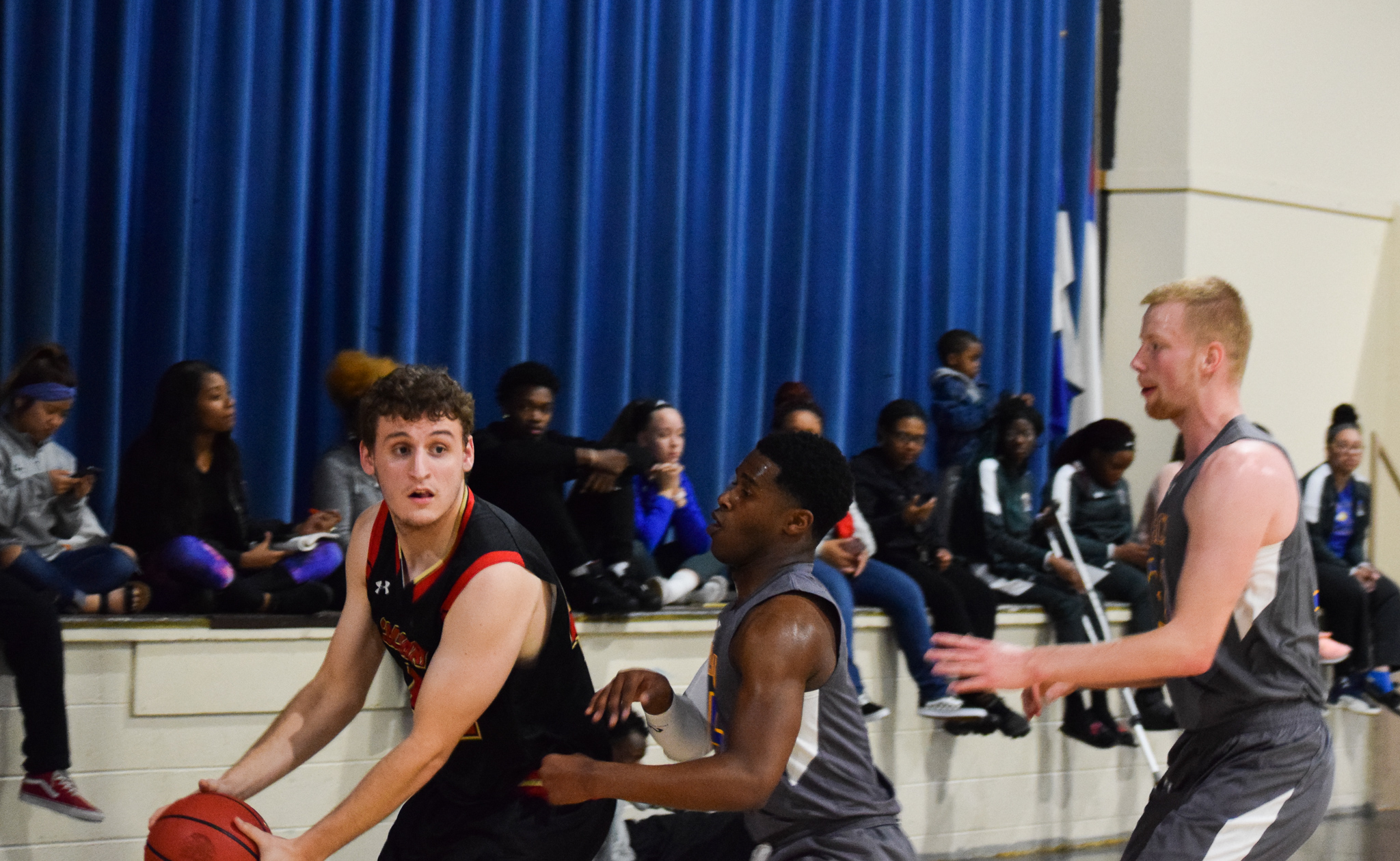 After a slow start, Calvary found its rhythm on offense and downed Dayspring 80-44.

After not playing in over a week Calvary began the first half looking sluggish against an undersized, but scrappy Dayspring team. The Warriors struggled on the offensive end for the first 20 minutes but played well defensively holding Dayspring to just 28% shooting in the first half. CU headed to halftime leading 36-24.

The second half was a different story offensively for the Warriors. After being challenged at halftime by head coach Matt Sanders to start quickly and outplay Dayspring, Calvary did just that. After a quick three from Jay Lems, the shots began to fall and the Warriors found themselves up 21 early in the second half. From there CU cruised to a 36 point win.

With the win Calvary improves to 5-5 and faces Moody for a big regional matchup in Chicago Saturday night.