Warriors Fall in First Round of Conference Tournament 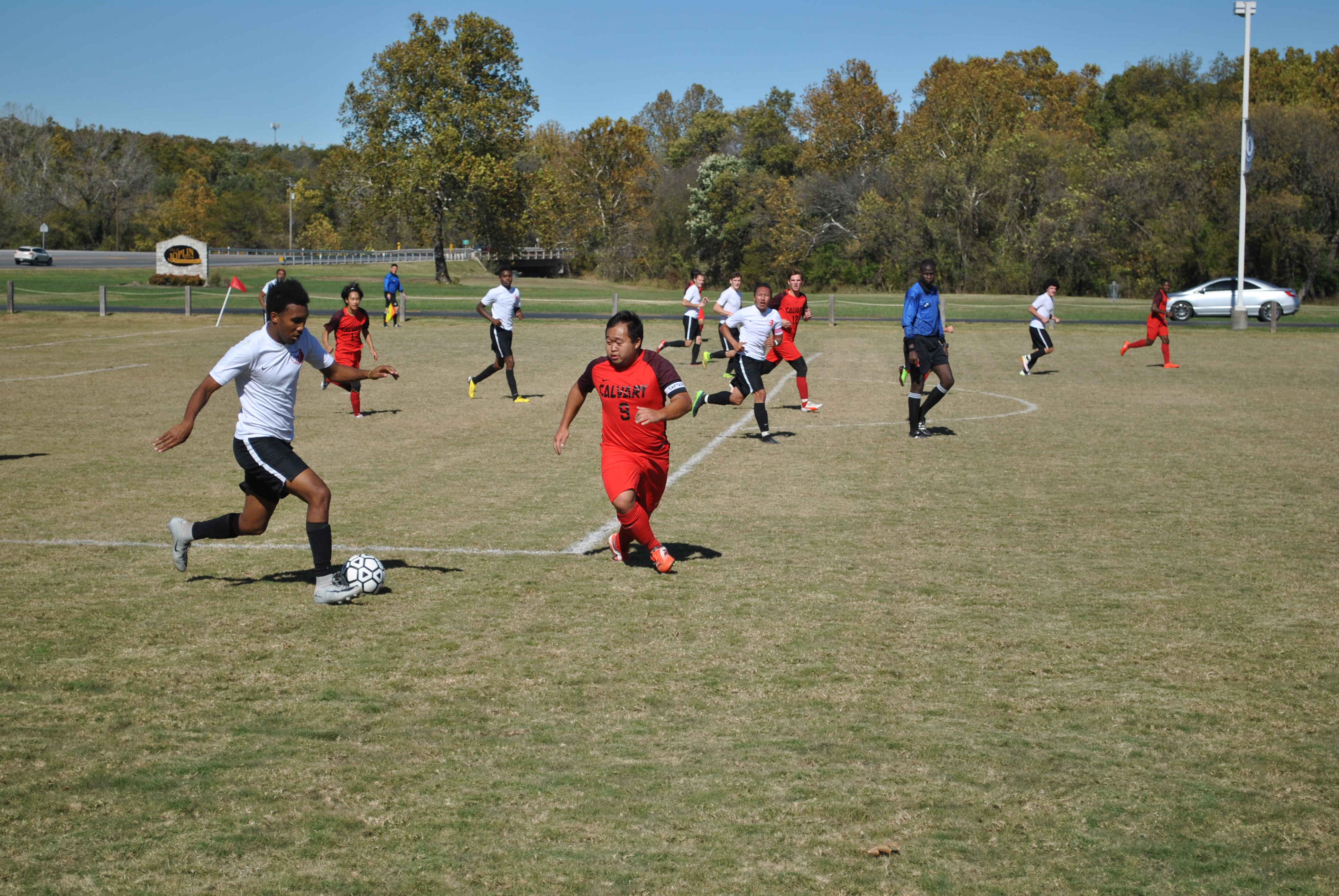 JOPLIN, MO – October 26, 2017 – A valiant second-half effort by the Calvary men’s soccer team was not enough to get the win over Barclay College, falling 2-1 in the first round of the Midwest Christian College Conference tournament.

In their third meeting of the season, the Bears were the first to score off a bullet to the top right corner in the 13th minute of the game. Keeping the momentum, Barclay was able to control the ball up until they scored another goal in the 25th minute, extending their lead 2-0. After the second goal, the Warriors started turning the game around, creating several scoring opportunities, and maintain control of the ball for nearly the rest of the half, though still unable to get anything in the net.

In the final 45 minutes, the game was almost entirely controlled by the Warriors. Though Barclay had 9 shots in the second half, the Warriors totaled 17. The Warrior’s lone goal came in the 87th minute from an unassisted tap-in goal by Jordan McFarland.

The Warriors (2-9-2) will face Ozark Christian College on Friday in the fifth-place game of the MCCC Tournament. The Warriors will face the ambassadors for the second time this season. In their previous match, the Warriors won 3-2 at home.