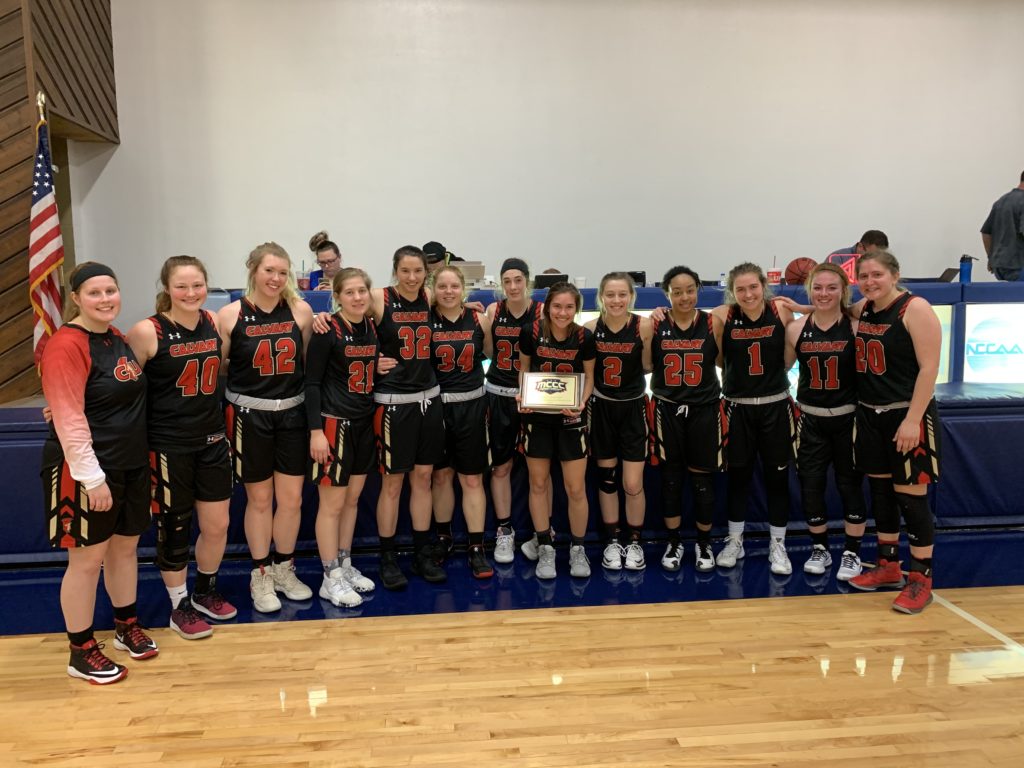 Calvary was defeated by Emmaus Bible College in the MCCC tournament final 94-79.

The game was close through the first four minutes and the Warriors trailed by just four 13-9. Then the offense seemed to dry up and the Eagles went on a 23-4 run to close out the first quarter, Calvary’s four points all coming from the free throw line. At the other end Emmaus got hot from behind the arc and at one time connected on four straight threes. The quarter ended with Calvary trailing 36-13. But the Warriors wouldn’t go down without a fight and opened the second quarter with their first field goal in over 7 minutes, beginning to chip away at the Eagle lead. With under five minutes to play in the half Calvary had cut the Emmaus lead to 12, trailing 42-30. The Warriors were able to cut the deficit to 10 with three minutes to play, but sharp shooting from Emmaus had the Eagles up by 13 at the break, 51-38.

Emmaus opened the third quarter going on a bit of a run and extending the lead back to 18, 58-40. For the rest of the quarter the teams were evenly matched and able to answer each other shot for shot and Calvary went to the fourth quarter down 74-57. The fourth quarter went very similar to the third with both teams finding success at the offensive end. Calvary was able to cut the deficit to 11 with five minutes to play, but couldn’t pull any closer eventually falling, 94-79.

For the third time in three games the Warriors had a big second quarter which allowed Calvary to stay within striking difference. However, the large first quarter deficit was just too much to overcome. Coupled with Calvary’s uncharacteristically low 15% three point percentage, coming back became a difficult task for the Warriors. Calvary did however out rebound Emmaus and was able to score 19 points off of Eagles turnovers.

After the game head Coach Tressa Shoemaker said, “We gave everything we had for this game, but we were not able to come back from the deficit from the first quarter. We matched [Emmaus] the rest of the game, and are looking forward to improving for the regional tournament next week.”

Taylor Hunter led the Warriors with a game-high 37 points and Anna Holloway had a 31 point, 15 rebound double-double, the 15 rebounds were also a game-high.

Calvary is the Midwest Christian College Conference runners-up and the number four seed in the NCCAA North Regional Tournament at Trinity Bible College. The Warriors will play fifth seeded Central Christian College of the Bible on Thursday at 2pm.