Warriors fall on the road, to #8 Emmaus 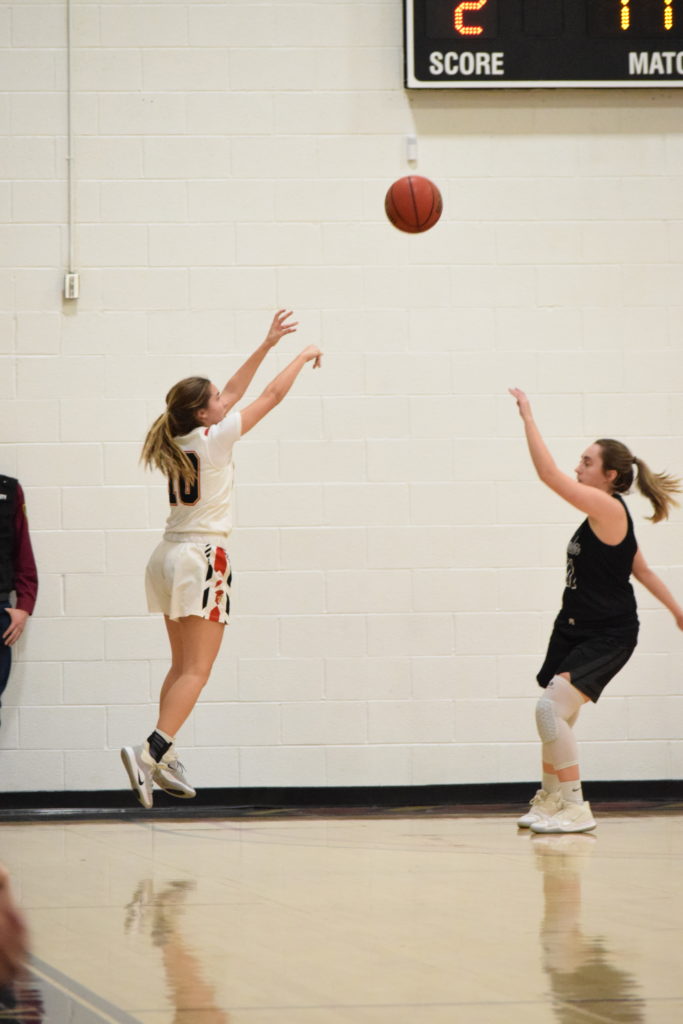 The Eagles opened the scoring and never looked back beating Calvary 91-56.

Emmaus began the game on a 10-2 run allowing only one Warrior field goal through the first five minutes. The Eagles full court trap took Calvary some time to figure out and was a factor throughout the game. However, Calvary got some key bench contributions and had the lead down to five with a minute left in the first quarter, but Emmaus capitalized on a pair of turnovers and led at the break 24-15.

The Eagles continued to extend their lead in the second quarter forcing turnovers and converting them into easy scoring opportunities in transition. Pushing the lead to as many as 16. To their credit, the Warriors hung around pulling within nine with two minutes left in the half. Emmaus then scored on three straight possessions to again extend the lead and entered halftime with a 49-34 lead.

It was more of the same in the second half as the Eagles began the third quarter with a pair of baskets to extend their lead to 20. The defensive pressure from Emmaus continued to cause the Warriors problems as Calvary was held to only one field goal for over eight minutes to begin the quarter. Adding to the offensive struggles the Warriors had no answers for Kia Gelinas at the defensive end and trailed at the end of the quarter 74-42.

The Warriors struggles continued in the fourth quarter trailing at one time by over 40 points. Calvary did seem to have some offensive success towards the end of the game, but it was much too little, much too late as CU dropped the conference game 91-56.

It was a tough night for the Warriors against the eighth best team in the country and down both their leading scorer and rebounder without Taylor Hunter and Anna Davis. Adding injury to insult, freshman Jaylee Catron who has provided great minutes off the bench left the game at the end of the first quarter. After the game head coach Tressa Shoemaker said she was, “proud of the way the team fought despite the outcome” as well as the team’s “continued growth together.”

Hannah Sorensen and Anna Holloway led CU with 13 points apiece and had 4 and 5 rebounds respectively. Gelinas led the Eagles with 40 points and 9 rebounds both game highs.

With the loss the Warriors fall to 9-7, they’ll look to get back on track at the Pyramid Tuesday night against Ozark.