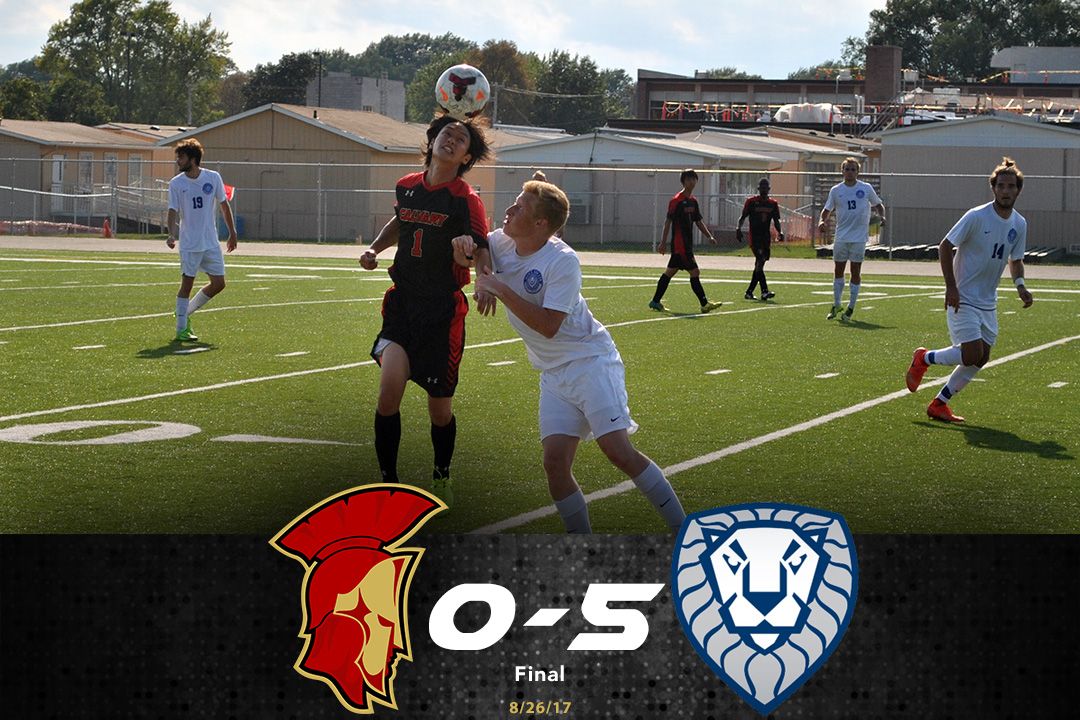 OMAHA, NE –  The Calvary University Men’s soccer team lost in their season opener on the road at Grace University by a final score of 5-0.

The Royals quickly set the pace, getting two shots on goal within the first two minutes. However, the Warriors defense anchored by freshman goalkeeper Seth Bielenberg did not let anything come easy for the Royals, until the 19th minute where Grace’s Nick Scholl was able to find the back of the net, followed by another quick goal two minutes later that put the Royals up 2-0 early in the match.

“The second goal came off a really bad deflection and there was nothing the keeper could have done” said head coach Daniel Nichols. “What happened in those minutes was a lack of proper communication and marking up like we should have, something we improved on in the second half.”

Two more goals by the Royals Drent and Dernier in the 37th and 40th minutes put the Warriors in a tough position going into the second half down 4-0.

The Warriors did improve on their communication and defense in the second half, keeping the Royals from scoring until late in the game. Even though several opportunities were created, the Warriors struggled to score. “Throughout the game it seemed like we were lacking a final good touch or one more good pass to finish with a good shot” said Coach Nichols “We definitely could improve in terms of communication with the guys up front learning how to work together.”

The Royals had 24 shots, with 13 of them on goal, while the Warriors only had four shots, and none on goal. Calvary’s Seth Bielenberg had and outstanding performance with 8 saves.

The Warrior’s next match will be at home against Barclay College on September 5th at 4 p.m.