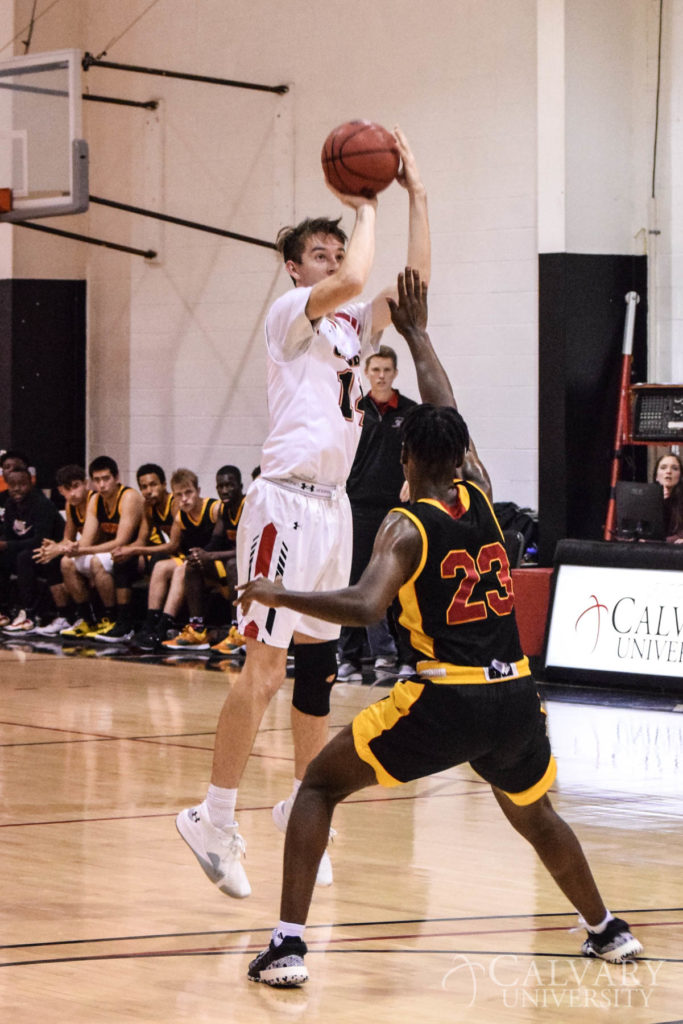 The Warriors got off to a great start in this one opening the game on an 8-0 run. Calvary then continued to get stops and create offensive opportunities, once again utilizing the size of Zeb Green to facilitate the offense, and knocking down its perimeter shots. Doing so Calvary extended its lead to as many as 11 multiple times. The Bears then began to get hot from the 3-point line and forced turnovers that led to easy buckets at the offensive end. After a Jay Lems three tied the game at 34, Barclay went on a 10-3 run over the final three and and half minutes of the first half and entered halftime up 44-37.

In the second half, the Warriors couldn’t seem to find any kind of rhythm both at the offensive and defensive ends of the court. Calvary, to their credit, was able to hang around through the first part of the second half, but the Bears were able to slowly and steadily grow their lead to as many as 23. The Warriors tried to stage a late comeback, but the game was too far gone by that point, and they dropped the conference matchup 98-76.

After the game, head coach Matt Sanders said the Warriors “started very well for a change, but got out classed by [Barclay’s] bench,” which accounted for 53 of the Bears’ 98 points. Sanders also said “It was one of our worst defensive performances [of the season] after the ten minute mark in the first half.” Barclay shot 58% from the field and 48% from 3-point range in the game, entering the night Calvary was holding their opponents to 41% from the field, the best in the country in that category.

Benjamin Jones, who Sanders called “electric” postgame, led all-scorers with 26 points. Zeb Green added another double-double, with 10 points and rebounds in the first half, finishing with 17 points and 20 boards. Green’s 20 rebounds are the most in the country by any player in a single game this season. Braydon Unruh added 16 points, 5 rebounds, and 5 assists in his return to the lineup.

Davion Knight led the Bears in scoring with 18 points.

With the loss Calvary falls to 9-8 on the season, and 2-3 in the MCCC. The Warriors are back at it on Tuesday night with a huge conference home game against Central Christian.