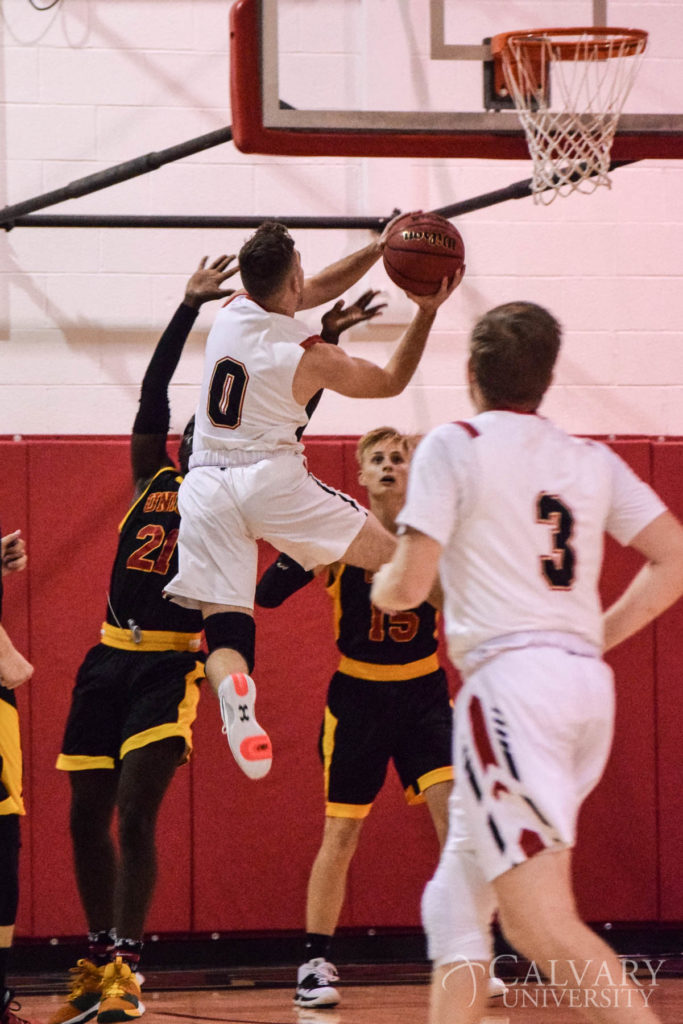 After getting out to an early lead Calvary cooled down offensively. The Warriors led 4-0 to open the game, and were up 9-4 seven minutes into the relatively low scoring affair. The Falcons then started to find some success at the offensive end and with just over five minutes left in the first half the visitors led by 11. The Warriors went on a bit of a run themselves, but KCC answered and Calvary found themselves down at halftime 32-26.

The Warriors began the second half slowly scoring only four points over the first five minutes of the half, and allowing the Falcons to extend their lead to 13. Both teams continued to struggle offensively, but KCC still held a 15 point lead with 10 minutes to play. The Warriors continued to get defensive stops, but simply couldn’t find any offensive rhythm whatsoever. Despite the struggles Calvary was able to cut the lead to nine with two minutes left in the game. However, the offense never really came for the Warriors, who eventually fell 63-52.

Coming back from an overtime win against Ecclesia the night before the Warriors never found easy offense, shooting 33% from the floor and only 13% from behind the three point line. When asked about the lack of offense head coach Matt Sanders said, “We were a bit gassed from the overtime game, and just couldn’t get the ball through the hoop. But KCC had a lot to do with that, their defensive game plan was outstanding.” Sanders also said Calvary got great minutes from their bench, but just couldn’t score, as CU got only nine bench points.

The Warriors did a good job defensively in the loss holding the Falcons to just 28% from the field and allowing only 12 two-point makes. KCC however made 9 threes, shooting 42% from beyond the arc. Calvary also was able to hold Kansas Christian over 25 points below their scoring average for the season, but simply couldn’t find the offense to match their defensive effort.

Braydon Unruh led Calvary with 24 points, nearly half of the team’s total. Zeb Green added 13 points and 7 rebounds. Benjamin Jones pulled down 8 rebounds and had 4 blocks.

The Warriors fall to 10-10 on the season, after the loss, and look to rebound on Tuesday in a conference game at Manhattan Christian College.