Calvary was unable to avenge the season’s earlier loss to the Comets losing 73-65 in Nevada, MO.

The game was tight throughout the first quarter as both teams tried to establish themselves. Each squad struggled from the field in the opening quarter, only making five field goals apiece.  After one quarter Cottey led 14-11.

In the second quarter, both teams began to get into an offensive rhythm, keeping the game competitive. The Warriors were able to tie the game twice, and even grab a lead midway through the quarter. However, some turnovers at the end of the half proved costly, and CU headed to the locker room trailing 36-27.

Calvary had some trouble restarting the offense after the break and allowed the Comets to extend their lead to as many as 15. However, the Warriors didn’t let the game get away from them and were down 57-47 at the end of the third.

In the fourth, the teams traded baskets before Cottey tried to pull away but again were unable to get their lead past 15. The Warrior’s comeback efforts, in the end, came up short. With just under a minute to play Calvary cut the lead to six, but was unable to get any closer falling 73-65, a score nearly identical to the 71-65 loss earlier in the season to the Comets.

After the game, head coach Tressa Shoemaker said that despite the loss she likes the direction that the team is headed and has seen improvement throughout the season so far.

Anna Holloway led the scoring for the Warriors with 15, followed closely by Taylor Hunter with 14.  Shalom Sutcliffe added 13 and led the team with 7 rebounds.

Kelsey Acton scored a game-high 23 for the Comets.

With the loss, Calvary moves to 5-6 on the season. Next, the Warriors head to Lincoln, NE, on Saturday, to play Union College in their final game of 2019. 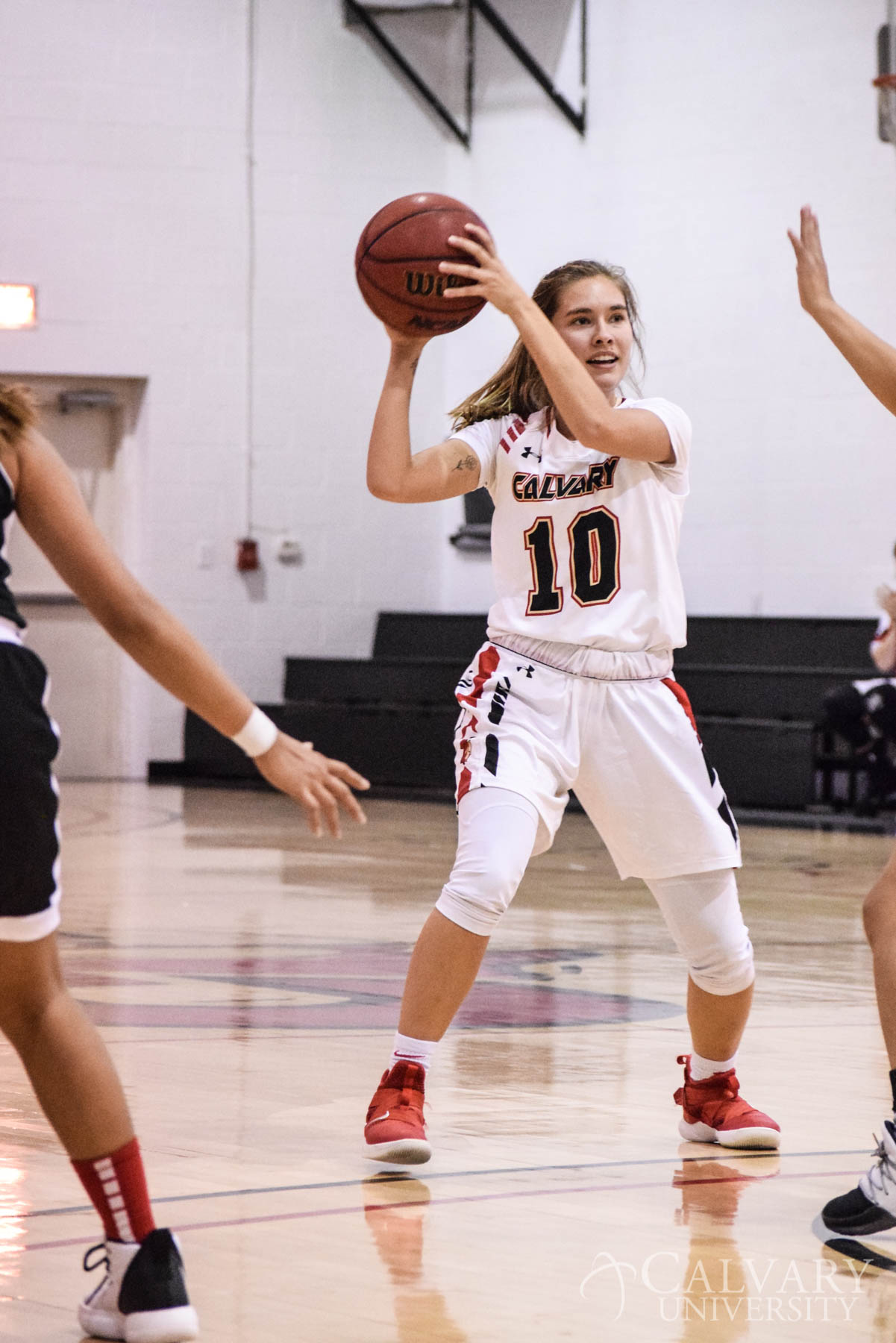