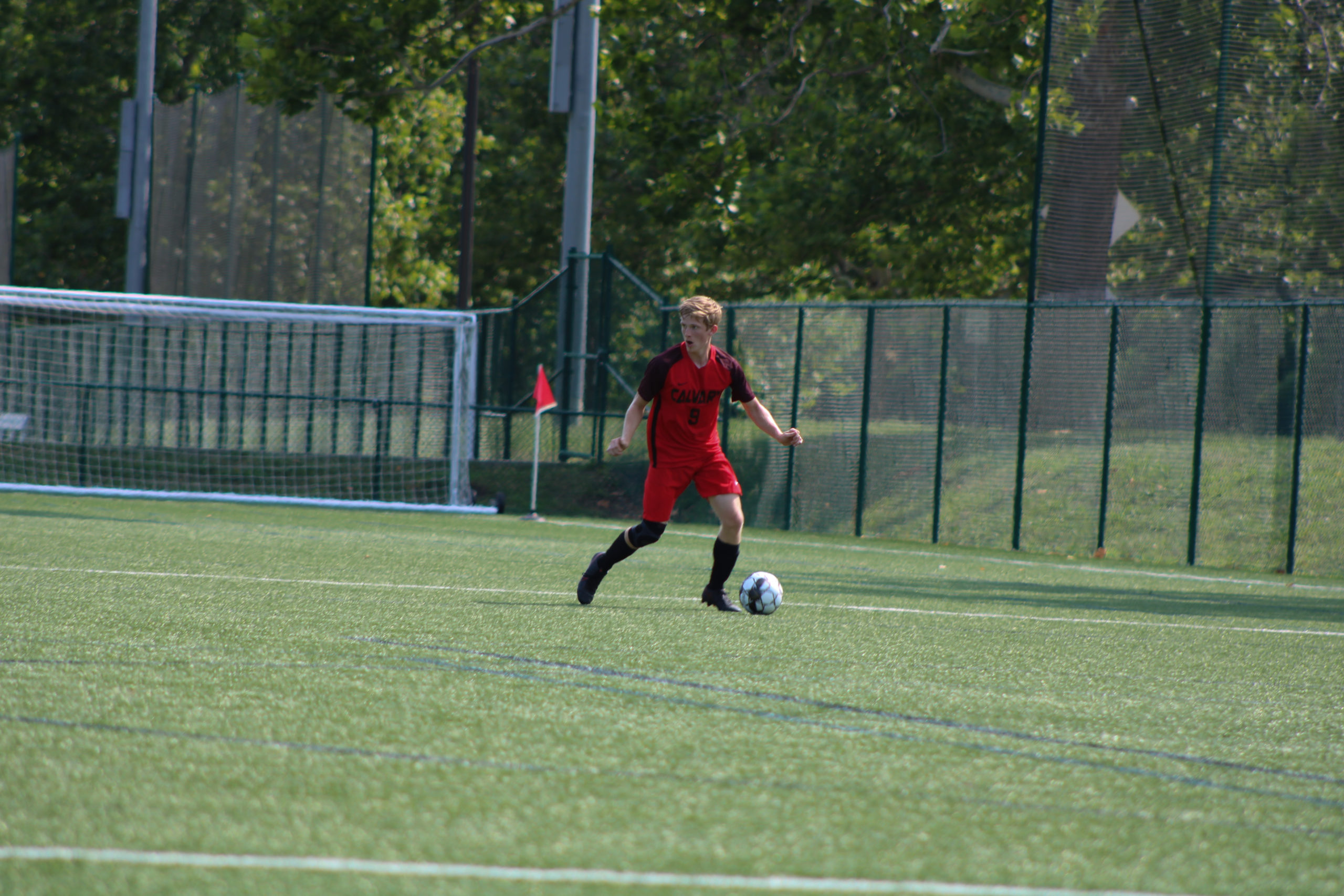 The Warriors picked up another conference win on the season as the team defeated Ozark Christian College 3-1 on Tuesday afternoon in Joplin. With the win, the Warriors improve to 3-3 in conference play.

“It’s good to get a win against anybody in our league because every game is tough,” Warrior Head Coach Jayke Maples said. “We were moving the ball pretty well and we’ve been working offensively, so to get three guys scoring goals was good for us.”

As the team took the pitch against the Ambassadors, they looked to find some momentum heading into the conference tournament.  From the opening kickoff, the Warriors came out strong with good possession and passing which created lanes to score. The team was able to pressure the Ambassador net and broke into the scoring column when Cobi Keel found the ball wide open about 30 yds out and took a deep rip that was tucked nicely away in the top left corner of the net for a 1-0 lead.

There was a questionable call after that goal that led to a back-post header from Ozark to tie the game 1-1.

Soon after, Bayron Mendez found the ball about 40 yds away with the keeper out.  He floated the ball over the keeper and into the right corner of the net for a 2-1 lead.  The Warriors continued to possess well as they outshot the Ambassadors in the opening half. Despite several additional chances to score, Calvary couldn’t add to their lead as they went into halftime up 2-1.

In the second half, the Warriors came out looking to stretch their lead. Clay Williams chipped the keeper and beat a defender before he dribbled the ball into the goal to make the final score 3-1.  “We played really well defensively,” Warrior captain Aedan Wilson said. “We played tight, and our offense did a good job of finding passes around their defensive line.”

Next up, the Warriors travel to Ankeny for the MCCC Conference Tournament. 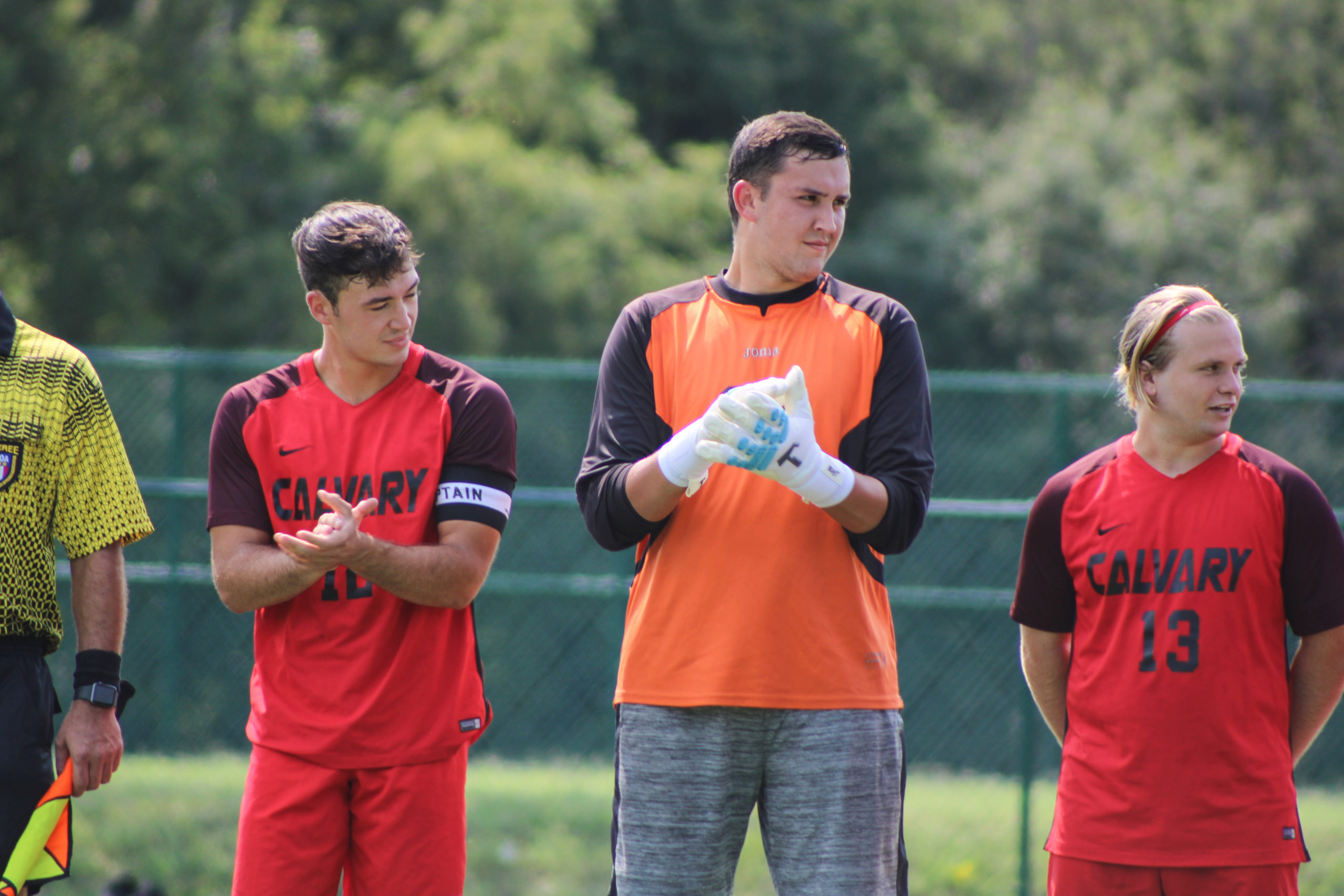