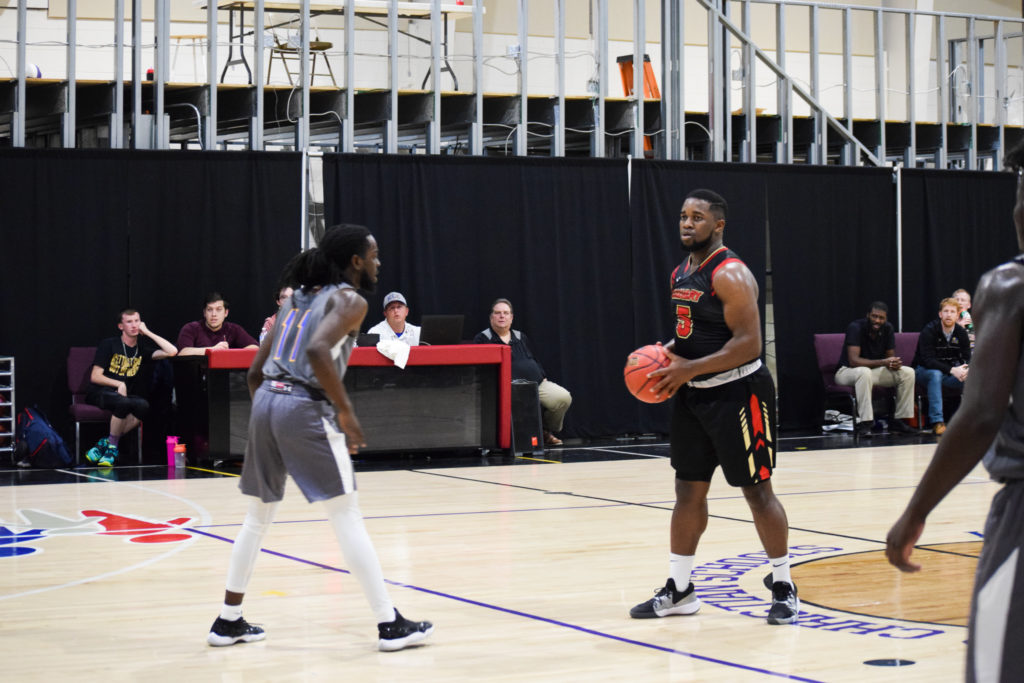 Calvary jumped out to a quick lead and never relinquished it beating Emmaus 88-72 for their second conference win in as many days.

The Eagles opened the scoring capitalizing on a Warrior turnover, but two possessions later Jay Lems knocked down a three, starting a 12-0 run for Calvary. The Warriors never looked back. Emmaus went on a few runs of their own, pulling within two multiple times, but Calvary always had an answer and was able to keep the Eagles at arm’s length. Emmaus ended the half scoring four straight but still trailed the Warriors at halftime 38-37.

Calvary opened the second half with five straight points to push the lead back to six. From there, both teams traded baskets with Calvary slowly, but surely pulling away from the Eagles and led 60-51 with 10 minutes left in the game. The Warriors then went on a 14-5 run to all but put the game away. Over the final five minutes Calvary led by as many as 21 and Emmaus never got any closer than 16 down as the Warriors picked up another conference road victory behind another double-double from Zeb Green.

“We struggled a bit, getting started and didn’t have the best first half. We were probably a little weary from the night before, but the important part is we got a conference win on the road” head coach Matt Sanders said. The Warriors are undefeated in Friday and Saturday road games this season, which is an encouraging sign for the rest of the season. Also encouraging is the bench play of the Warriors which Sanders praised as excellent.

Green’s 25 point, 14 rebound double-double led Calvary in both categories. Ques Harris played well and added 17 points. Braydon Unruh, who left the game early due to an ankle injury, chipped in 9.

Brandon Redding led the Eagles with a game high 32 points.

With the win Calvary improves to 9-6 on the season, and 2-1 in the MCCC. The Warriors return to action at the Pyramid Tuesday night and will look to pick up another conference win against Ozark.