Taylor Hunter and Avery Kornstad provided the one-two punch for the Warrior offense on Thursday night as the pair combined for over half of the team’s points to help CU defeat CCCB 109-95.  Hunter went 5/10 from beyond the arc and was a perfect 7/7 from the charity stripe to score 40 points. Her 40 point output is the best scoring game from an individual ladies player in the history of Calvary University. Kornstad shot 5/16 from the field and 6/8 from the line to total a season-high 19 points in the victory.

The team’s total of 109 points is a school record as well. “We put together two pretty good offensive halves tonight,” Warrior Head Coach Tressa Shoemaker said. “We were consistent offensively. Shooting 46% from the field for the game is a good performance. Taylor had an outstanding night.” “There came a time during the game when I knew I needed to play with a sense of urgency, said Hunter. “As soon as Shalom hit two three-point shots in a row it was time to step up and play with that same intensity and desire.”

The Warriors came into the game on Thursday night on the heels of a long road trip recently finished to Canada where Calvary lost a three-point battle to Providence University College and then traveled to Trinity Bible College to pick up a win in Ellendale, North Dakota. The Warriors were hoping to pick up their first 2019 win against an MCCC Conference opponent as they took the court Thursday night in Moberly, MO.

The Warriors and Saints played an extremely tight first quarter as both teams were feeling each other out in the early going.  The first quarter ended with the Saints up 26-24.  CCCB clawed their way into the lead during the second quarter with timely three-point shooting as they took a 51-46 lead into intermission.

In the second half, the Warriors came out with a strong full-court press that caused numerous turnovers from CCCB.  This press changed the momentum and tempo of the game and turned a seven-point CCCB lead into a 79-70 CU lead by the end of the third quarter.  Calvary held on in the fourth quarter to win 109-95.

“We had been struggling to find a good combination on offense but we were able to combine good scoring with some good defense stretches to come away with a win,” Coach Shoemaker said.  “Anna Davis, Taylor Hunter, and Shalom Sutcliffe each contributed three steals tonight. “We came out and set a tone defensively in the second half. I’m proud of that.”

The Warriors improve to 3-3 on the season. 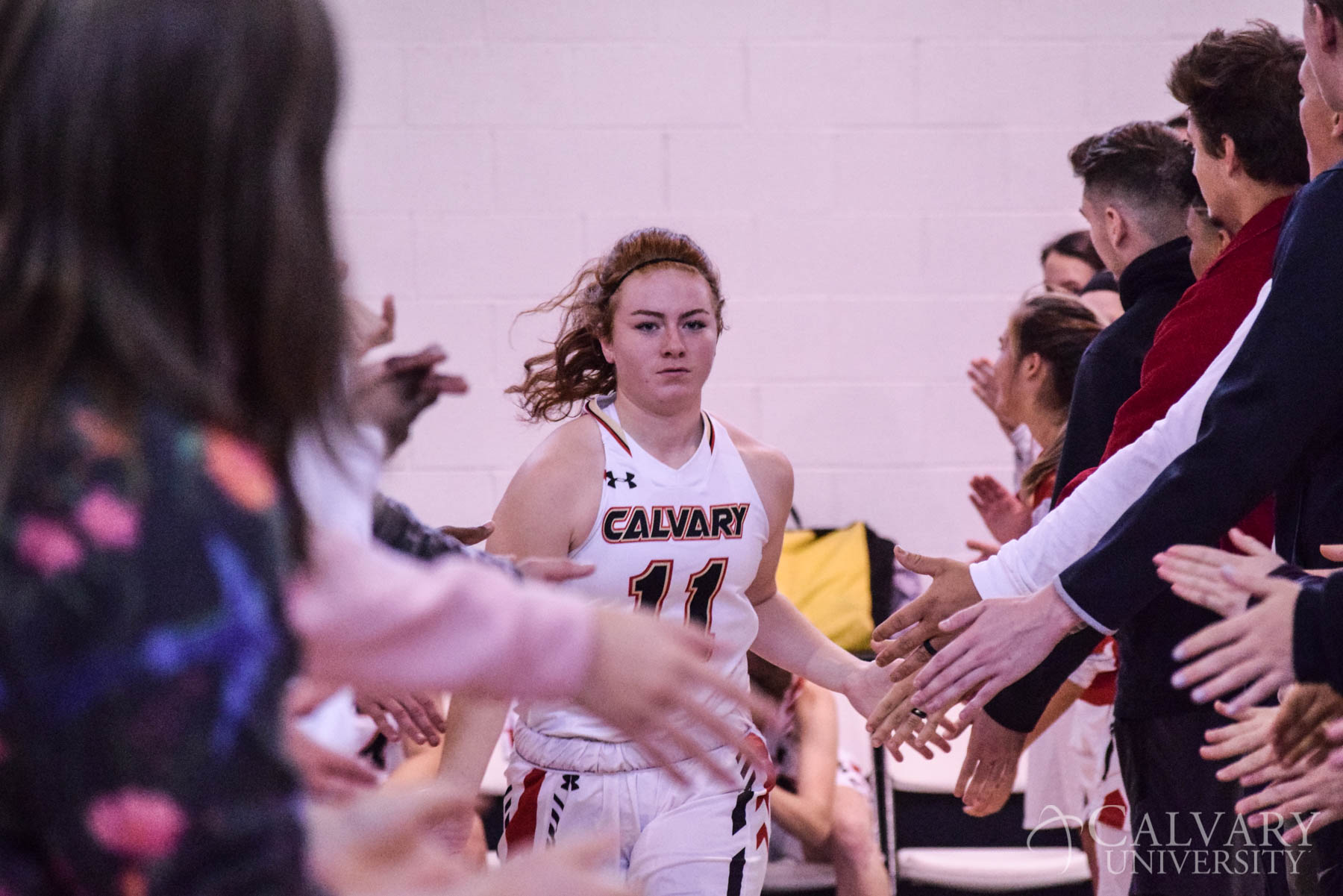