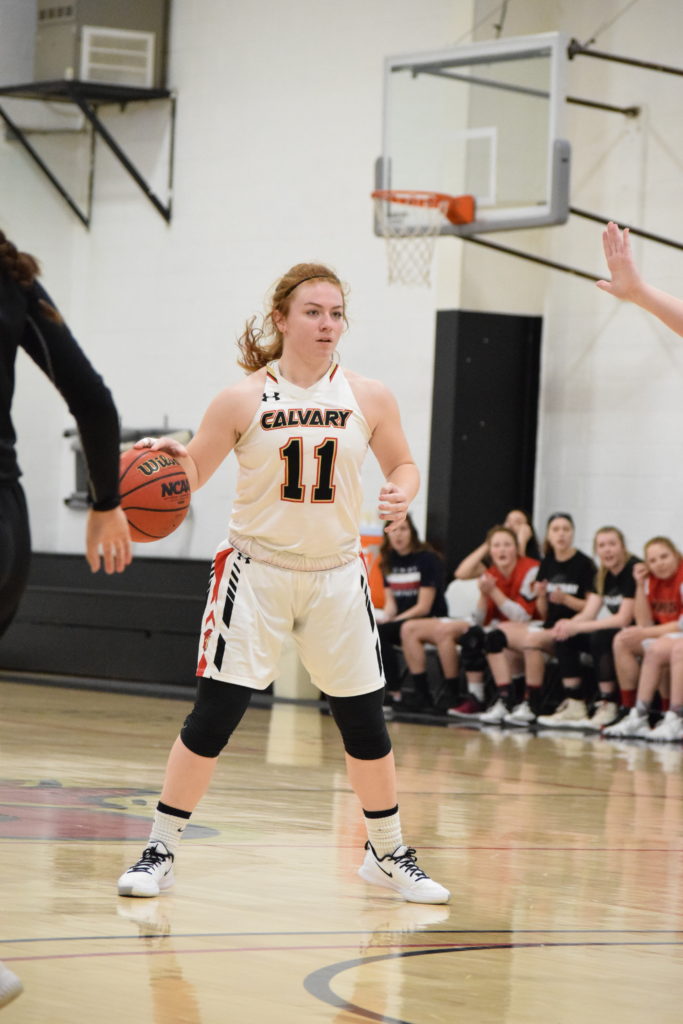 The Warriors started the game well getting out an early 6-2 lead. They then went cold from the floor allowing Faith to go on a 14-2 run holding CU scoreless for over seven minutes and ending the first quarter with a 16-8 lead.

In the second the Eagles picked up right where they left off and were able to extend their lead to as many as 10. With Avery Kornstad and Anna Holloway leading the charge, the Warriors were able to match Faith and erase the deficit sending the game into the half tied at 30.

Both teams struggled offensively to begin the third quarter. After trading baskets a minute into the quarter neither team scored for almost 4 minutes. The only offense in the period for the Warriors came from a pair of Holloway field goals and a pair of Hannah Sorenson free throws. The Eagles eventually found their stride and led by five at the end of the third 41-36.

The Warriors opened the fourth with three straight buckets from Holloway to to take a 42-41 lead with over eight minutes left. The game remained very close over the next six minutes, with both teams trading baskets and neither able to gain more than a three point lead. With two minutes left Calvary began to pull away extending the lead to ten twice and holding on for the 61-55 victory.

The Warriors were playing without starters Taylor Hunter and Anna Davis, who combined average over 29 points and 10 rebounds a game. After the game head coach Tressa Shoemaker said the game was “a true team effort, with several players stepping up and making big plays towards the end to seal the win.”

With the conference victory the Warriors improve to 9-6 on the season. Up next is Emmaus in Dubuque, IA on January 18.