Warriors Lose Close One at Barclay 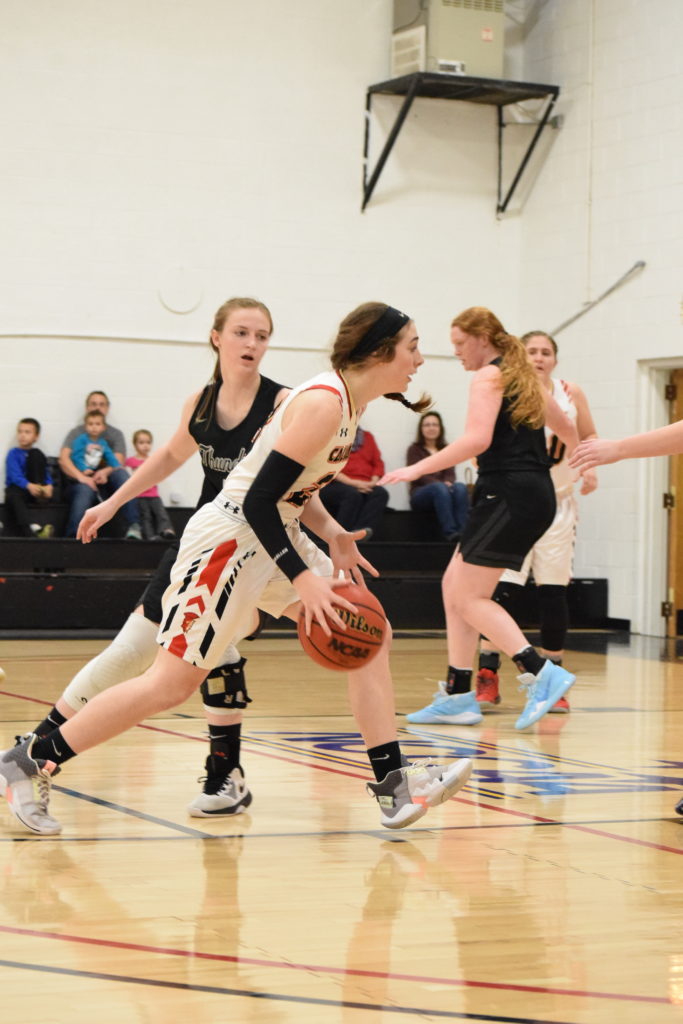 Calvary never truly found its rhythm on the road and lost a tough conference game to the Bears, 72-66.

Both teams got off to good starts at the offensive end in this one, as the first quarter was relatively high scoring. It was also very closely contested, as was the entire game, and after the first Calvary held a 19-18 lead, despite only shooting 27% from the field in the period. The game remained tight throughout the second quarter, and with just over three minutes left Barclay took its fist lead of the game 24-23. The Bears were able to extend that lead to five, but with 13 seconds left in the half Taylor Hunter converted a four point play and pulled Calvary to within one at halftime, 32-31.

The Bears opened the second half scoring and held a lead through the first four minutes before the Warriors were able to tie the game at 41. The teams traded a few baskets before Calvary went on a 9-2 run over the final five minutes of the third quarter and headed to the fourth up 55-48. In the fourth quarter, the bears were able to claw their way back into the game as Calvary began to slow at the offensive end. However, the Warriors still held a two point lead with just over three minutes left in the game. Barclay then scored seven straight to gain a five point advantage with under two minutes to play. Calvary was eventually able to cut the lead to one, but just couldn’t overtake the Bears in the final minute and dropped the conference road game 72-66.

It was an off night for the Warriors as they shot just 25% from the field, turned the ball over 21 times, and had just nine assists. This after having one of their best offensive outputs of the season when Barclay visited Calvary a couple weeks ago. Head coach Tress Shoemaker said, ”We knew going into the game it would be a challenge to win on the road. I thought we responded well to adversity, but there are definitely things we can work to improve before our next game.”

Taylor Hunter led the scoring for Calvary with 18 points. Shalom Sutcliffe had 13 points, and Avery Kornstad added 12. Anna Holloway led the team in rebounds with 9.

Jamia Jackson had a game high 21 points for the Bears.

Calvary falls to 15-8 with the loss, snapping a five game winning streak, and are now 6-2 in the MCCC. The Warriors will look to get back on track at Ozark Christian College on Tuesday night.