The Warrior volleyball team moved to 7-1 on the season as the team defeated Crown College 3-1 on Friday night in Minneapolis, MN.

“We started strong in the first set, which helped us for the match,” Warrior Head Coach Josh Johnson said. “Our team showed a lot of maturity tonight, and they made some key plays in the 3rd and 4th sets, which gave us a lot of momentum to close it out.”

“We played together as a team tonight for the glory of God,” Warrior Outside Hitter Haley Arneson said. “It was beautiful to see us working as one and wanting to win for each other. Our theme for this season is SURROUNDED. Tonight, I could feel each of us surrounding the others with love and support.”

“We fought hard tonight,” stated captain Leah Grady. “Our front line was smart in where we placed balls.” The Warriors jumped out to an early lead in the opening set thanks to great serving. The team was in system early on as assists from Amber Northrop turned into kills from her front line. As a result, the Warriors never looked back, cruising to an easy win in set one.

The Polars came roaring back in set two thanks to a terrific serving attack that forced Calvary out of system numerous times. The Warriors could keep the score close, but a key run by Crown extended their lead at the end of an even set. The Polars went on to even the match at 1-1.

The two teams went back and forth in the third set, with the score remaining close throughout. The Warriors were able to rely on kills from Leah Grady, Elle Davis, and Mickenzy Rairdon as each made critical plays for the Warriors as the team edged the Polars in set three to take a 2-1 lead in the match.

The Warriors came out strong in the fourth set as they looked to put the match away. Calvary built an early lead and maintained the upper hand thanks to Haley Arneson’s and Leah Grady’s kills. It looked as though the Warriors might run away with the set, but the Polars made a run to try to force a fifth set. Calvary wouldn’t be denied down the stretch as they forced Crown into several critical ball handling errors to win the set and the match.

Next up, the Warriors will play Trinity Bible College and North Central University tomorrow before driving home to Kansas City. 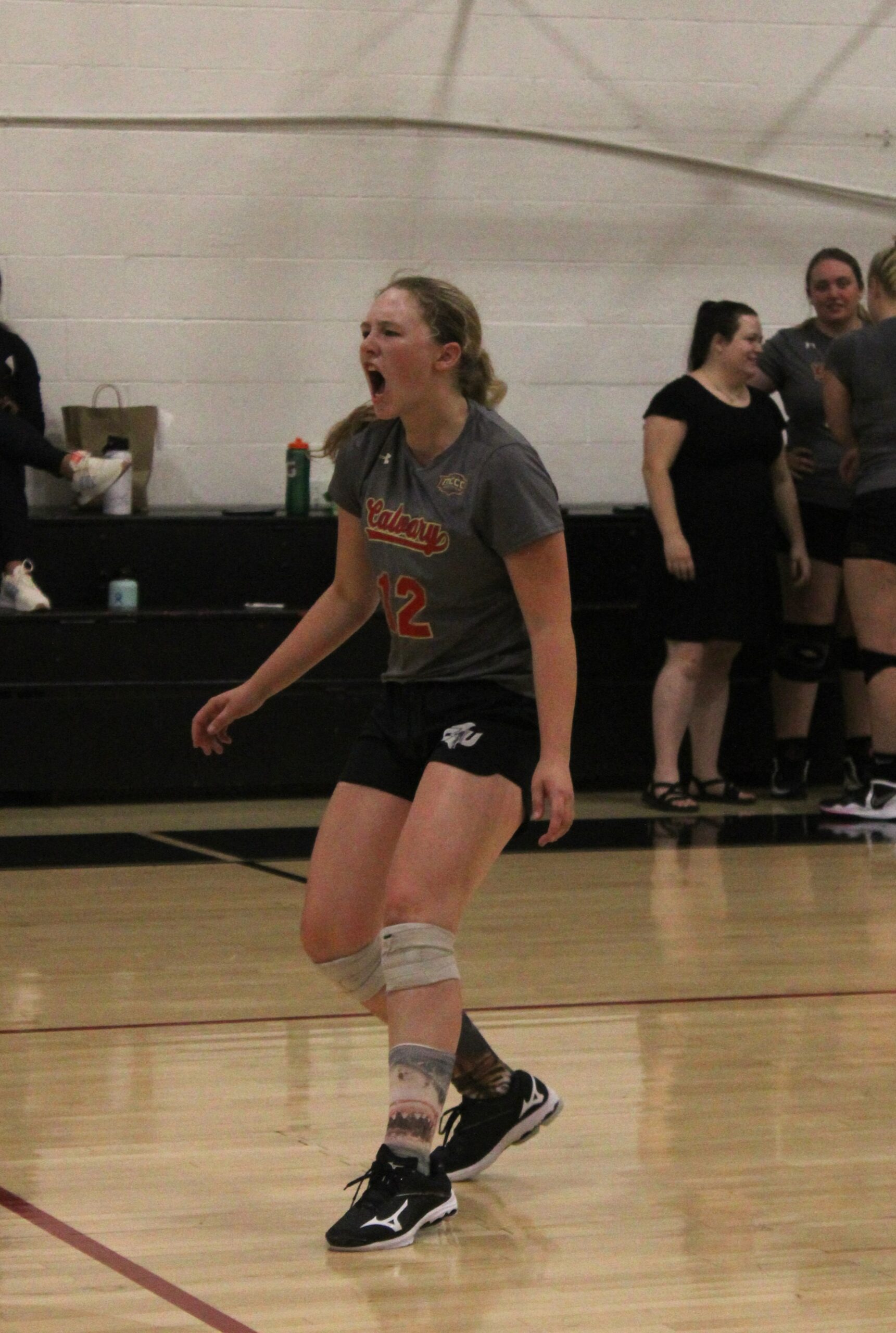