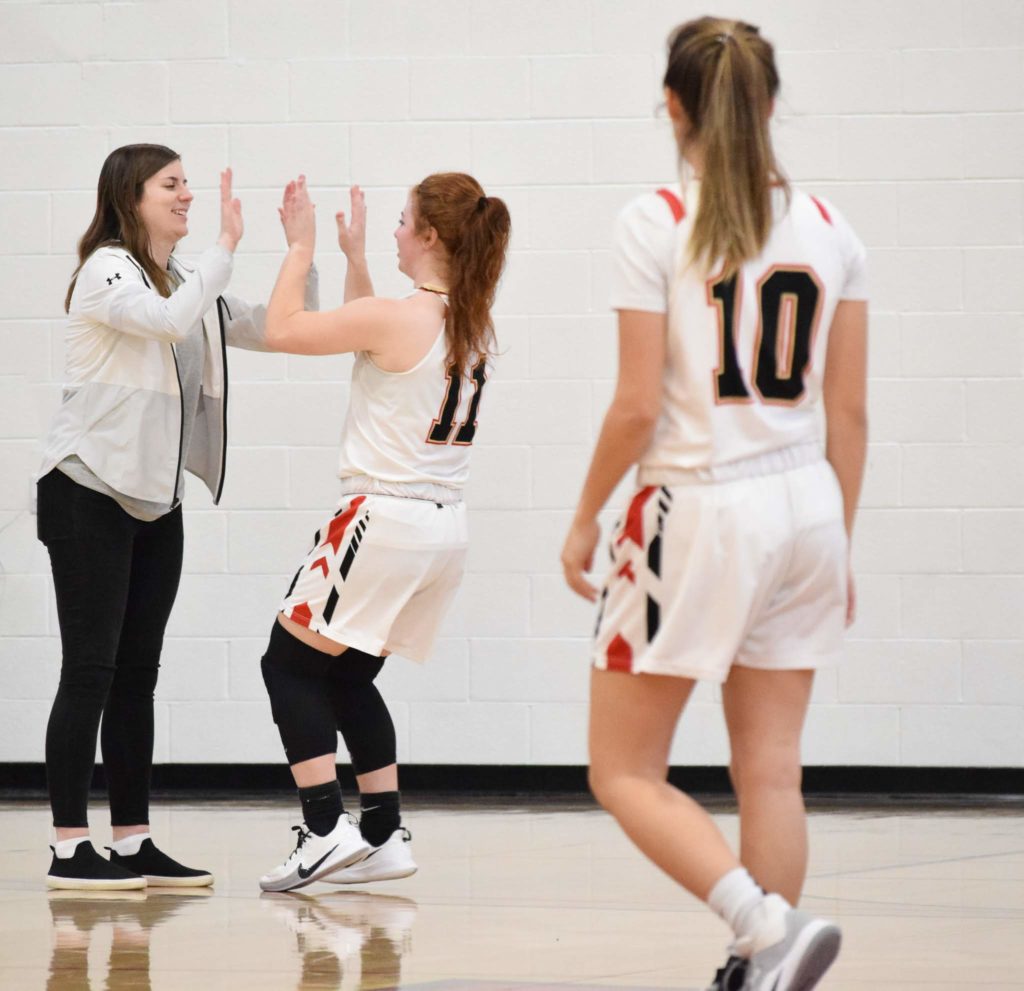 Calvary was defeated in a hard fought championship game by Maranatha Baptist University 58-47.

The North Regional Final was a defensive battle for all 40 minutes and a relatively low-scoring affair. The Sabercats opened the scoring, and led 4-0 when a Taylor Hunter three got Calvary onto the scoreboard four minutes into the game. The Warriors were then able to take a 9-7 lead with under two minutes left in the first on another Hunter three. She had all 9 of Calvary’s first quarter points. Maranatha was able to tie the game though and the quarter ended knotted at 9, despite Calvary only scoring three points through the first seven minutes. After both teams hit a free throw to open the second, the Warriors took a 12-10 lead with seven minutes left in the quarter. Then the Sabercats went on a 13-2 run and held a 23-14 lead with 2 minutes left in the half. Calvary was able to find some offense themselves but went into halftime down 28-21.

Calvary got off to a hot start in the second half quickly cutting the lead to two, but with five minutes left in the third the Warriors trailed 35-28. Maranatha’s defense once again took over for the rest of the quarter and Calvary went to the fourth down 46-33. The Warriors played excellent defense to begin the fourth quarter holding Maranatha scoreless for the first six and a half minutes, but Calvary couldn’t take advantage at the other end and still trailed by seven, 46-39. The margin was the same with under a minute to play and the Sabercats were able to knock down their free throws to ice the game and claim the North Region, winning 58-47.

Both teams played great defense and Calvary out-shot the Sabercats both from the field and the three point line, 32% to 27% and 29% to 23%, respectively. The Warriors though were out rebounded by 11 and turned the ball over 20 times, but did assist on 10 of their 16 made field goals. The turnovers, however, did Calvary in as they led to 20 Maranatha points.

Head coach Tressa Shoemaker said after the game, “We went into the game prepared to give them a defensive challenge and the team bought in and fought hard to the very end. I couldn’t be more proud of their accomplishments.”

Taylor Hunter led the Warriors with a game high 23 points. Kelsey Johnson led the Sabercats with a 19 point, 13 rebound double-double.