Belton, MO  – Despite a strong first-time performance for the 2021 Warriors, the Ozark Christian Ambassadors still managed to come out on top.  Ozark secured a dramatic score during overtime to get the golden goal that gave them the game. Jeovany Castillo found Bayron Mendez for his first collegiate goal to put Calvary on the board.   This goal gave the team some much-needed momentum after Ozark had taken an early 0-1 lead. There were many shots on goal that did not find the back of the net and the teams went into the half tied at 1-1. Early in the second half, Cobi Keel received the ball outside the 18-yard box, and found the back of the net on the far post for Calvary to go up 2-1.   Keel secured his brace when Kobe Borden found Keel on the outside as he went one on one with the keeper to score.   Ozark scored off a cross as the game was winding down to tie it at 3-3.   Ozark scored early in the overtime period to seal the win.   The Warriors as already mentioned, performed well as a new team and showed a significant amount of class. They did struggle with impatience when attempting attacks and playing the ball through. The team hopes to improve in this area as they continue to prepare for the rest of the season. The Warrior’s next match will be a home game on September 4 against Barclay College. 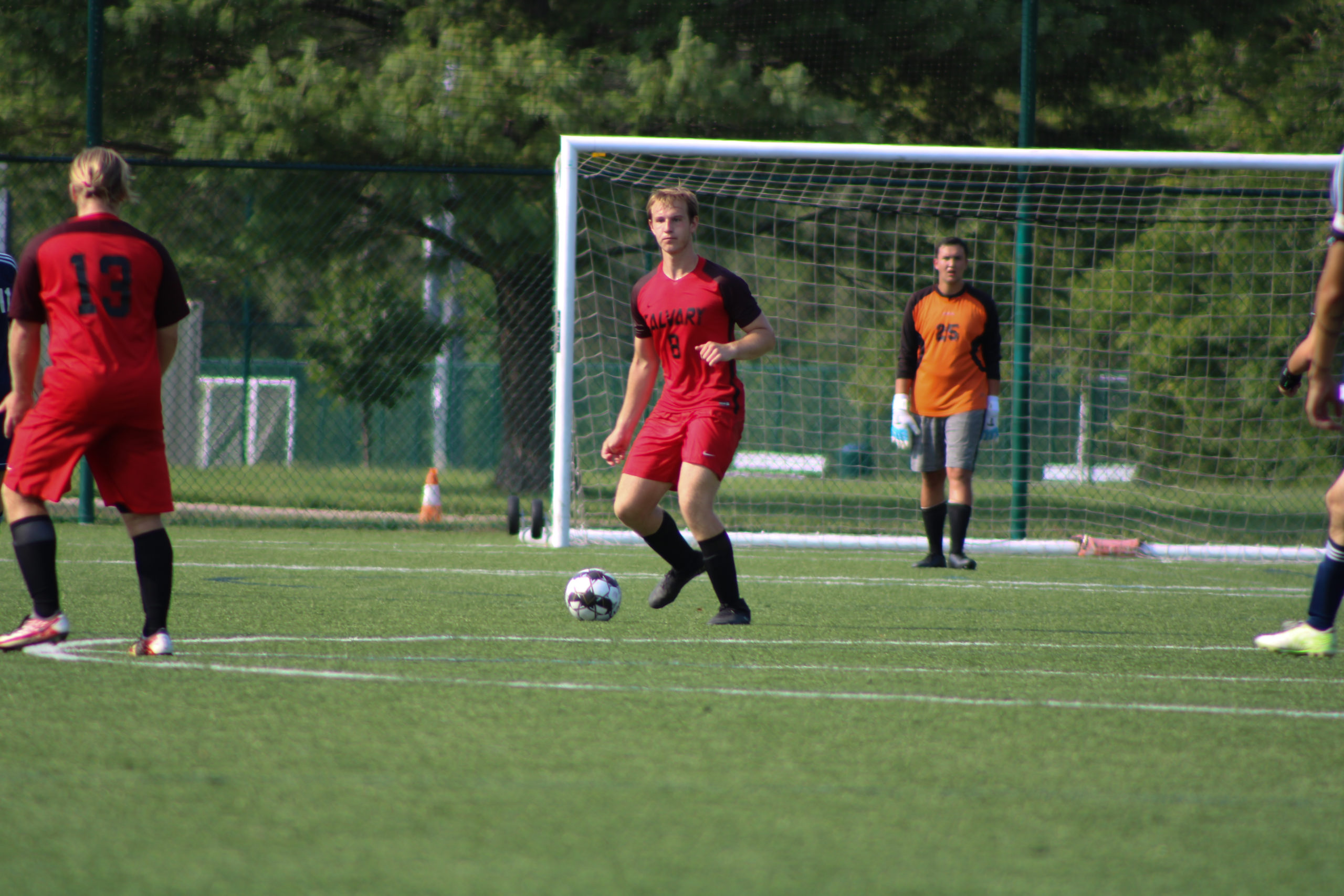