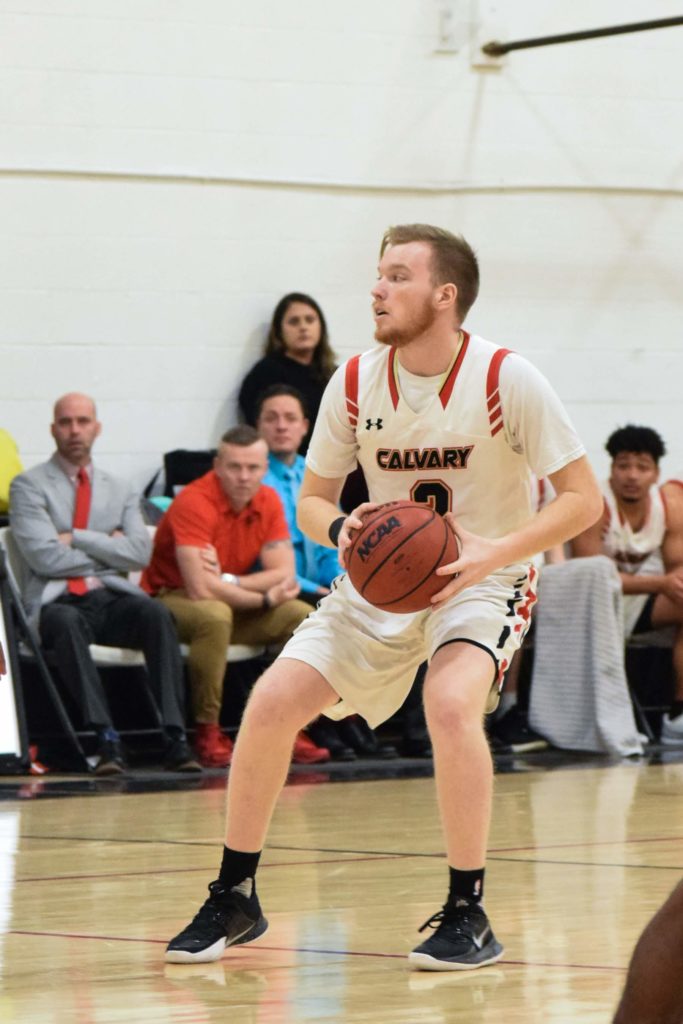 Calvary simply wore down outmanned Oak Hills Christian College picking up an 87-49 victory and advancing to the semifinals of the North Regional Tournament.

The Warriors opened the scoring in this one, but the Wolfpack answered right back knocking down a three to grab their first and only lead of the game. Calvary scored on the next possession to retake the lead 4-3 and it was all Warriors from there. The Wolfpack was able to keep it close for the first six minutes trailing by only three, 15-12, but with only five available players their lack of depth quickly became an issue. Over the next six minutes the Warriors went on a 18-3 run to really open the game up. Calvary then went on a 15-0 run over the final four minutes of the half to head to the locker room leading 57-25.

Things slowed down a bit in the second half, as the two teams again played evenly over the first six minutes of the half. However, Calvary was able to slowly but surely extend their lead. With ten minutes to play the Warriors led by 36 and were then able to extend the lead to as many as 41. Calvary held Oak Hills to just four points over the final five minutes and won by a 38 point margin, 87-49.

The win was a whole team effort for Calvary, with the game never in doubt the Warriors were able to rest their starters and provide playing time for everyone on the team, with no one playing over 22 minutes. Every Warrior played at least nine minutes, and had at least two points, rebounds, or assists. As a team Calvary assisted on 21 of 36 made field goals and out rebounded the Wolfpack 49-25. Head coach Matt Sanders said, ”In this game we handled ourselves with class and got great minutes from a ton of guys, but Zak Kirkman was outstanding.”

Zeb Green led Calvary with an 18 point, 10 rebound double-double, in only 16 minutes of action. Kirkman came off the bench to score 13 points. Braydon Unruh added 11 points and 6 assists.

Will Richmond led Oak Hills with a game-high 23 points.

With the win, the second seeded Warriors advance to the Regional Semifinals and will play the number six seed, Trinity Bible College, at 8pm on Friday night for a place in the championship game.