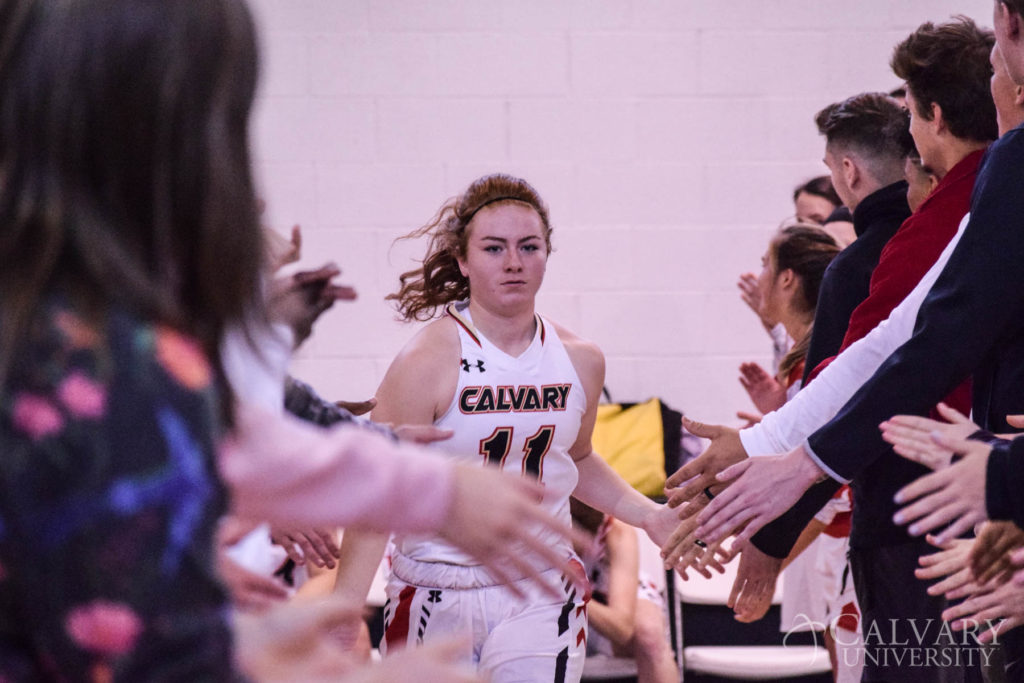 The Warriors got off to another good start this time on the road. Behind solid shooting Calvary ended the first quarter with a nine point lead 20-11. Manhattan started the second quarter with a basket to cut the lead to seven, which was the closest they would get for the rest of the game, as Calvary answered right back with a three from Avery Kornstad. The Warriors continued to outscore MCC and went into halftime up 39-25.

Calvary picked up right where they left off in the second half outscoring the Thunder by 10 in the third quarter and leading 61-37 at the end of the period. The fourth quarter was tighter all around, but Manhattan posed no threat to the Warriors who cruised to the 76-54 victory.

Once again every Warrior either scored or had at least three rebounds. Calvary continued to move the ball well assisting on 21 of their 29 made shots, and was active defensively as well getting 13 steals and four blocks.

Shelby Jennings led the Thunder with a game high 25 points.

With the win Calvary improves to 15-7 on the season and 6-1 in conference play, winning their fifth straight. The Warriors will look to make it six in a row on Friday night at Barclay College.