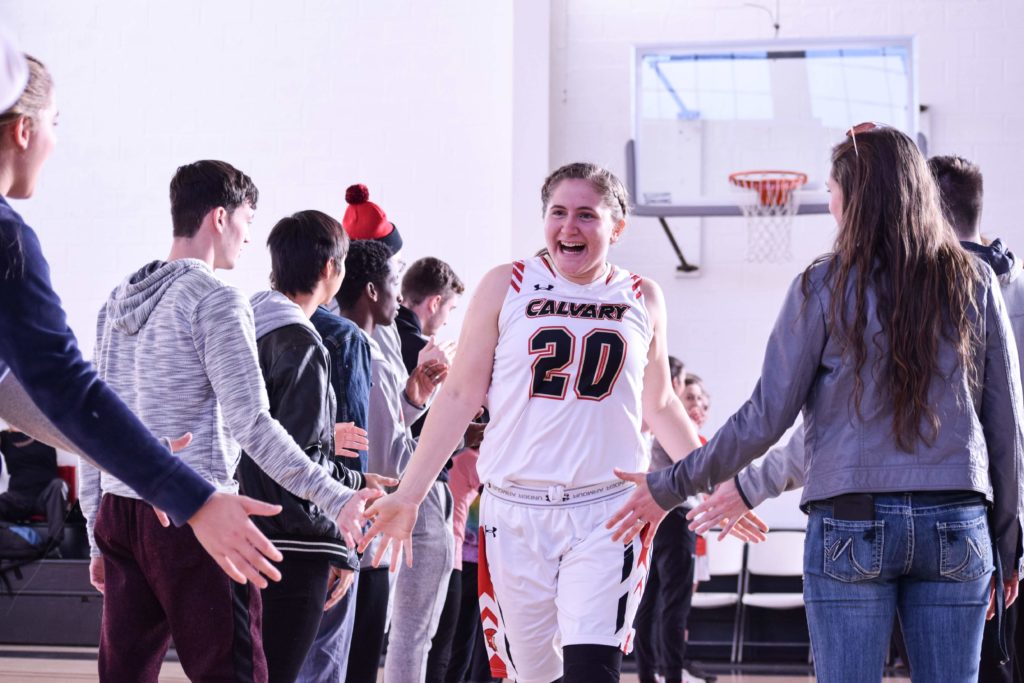 Calvary got off to a quick start and never looked back taking down Manhattan Christian College 84-50.

For the opening six minutes of the game both teams traded baskets, back and forth. The Warriors then began to separate themselves closing out the first quarter on a 10 to 4 run and led 21-14 at the quarter break.

The Thunder cut to the lead to five on the opening possession of the second quarter, but Calvary immediately answered back. The Warriors seemed to struggle offensively for a few possessions allowing Manhattan to cut the lead 4 before again finding their rhythm at the offensive end. The half ended on back-to-back transition layups for Avery Kornstad, giving Calvary a 40-27 lead.

The second half was all Calvary. The Warriors began to wear down the Thunder and heat up from behind the three point line, shooting 60% from distance in the second half. In the third quarter Kornstad picked up where she left off scoring 10 of the team’s first 12 points in the period, after which the Warriors led 65-39. It was more of the same in the fourth as Calvary outscored Manhattan by eight and earned their first conference win 84-50.

Head Coach Tressa Shoemaker praised the effort of her team saying, “The offensive rhythm and tempo as well as the opportunistic play on defense led to a very successful night.”

Kornstad led the scoring for the Warriors with 20 points. Hannah Sorenson had 15, and was deadly from behind the arc going 4-5 in the fourth quarter and 5-6 for three pointers on the game. Anna Holloway and Jaylee Catron contributed to the balanced offensive attack with 14 and 13 points respectively. Anna Davis led with 10 rebounds and Shalom Sutcliffe added 10 assists.

Kennedy Wilson led the Thunder with a team high 18 points.

With the win the Warriors move to 8-6 on the season. On Friday, they travel to Faith Baptist for another conference matchup.