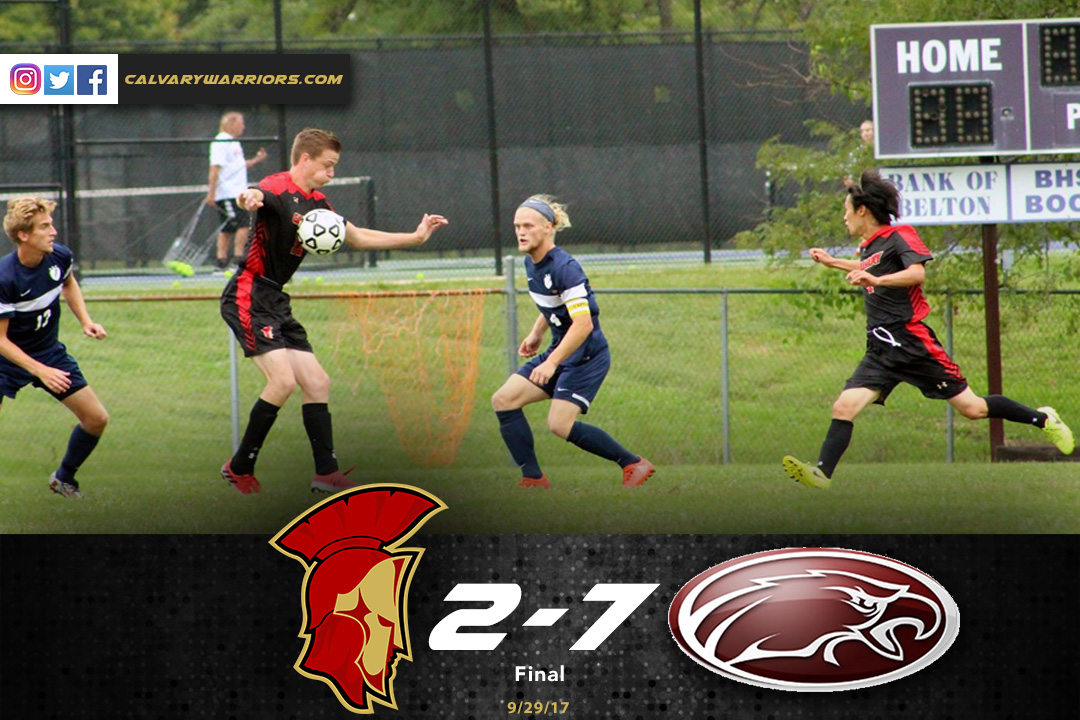 After major second-half improvement in their game last week, the Warriors were looking to make a statement against the Eagles. Faith was the first to score in the 11th minute off a tap-in goal by Oleg Orlov. A goal by the Warriors’ Musaki Ouchi off a Takuya Takagi corner tied the game at 1-1 in the 19th minute. Faith rebounded with another goal in the 24th minute, and two more in the 29th minute giving them a 4-1 lead at halftime.

In the second half, a valiant effort rewarded Calvary another goal in the 52nd minute on a solo by RiCarlos Hunt. The Eagles didn’t lose their touch though, scoring three more goals before the end of the match.

Calvary had 9 shots, compared to Faith’s 23. Samuel Her had 3 shots, Mark Rodenberg and Nate Her each had 2. Goalkeeper Seth Bielenberg had 6 saves.

The Warriors match off against conference foe Ozark Christian College. The Ambassadors are 1-3-3 on the season, and 0-2-1 in conference play.