Warriors Tie with Bears in Home-Opener 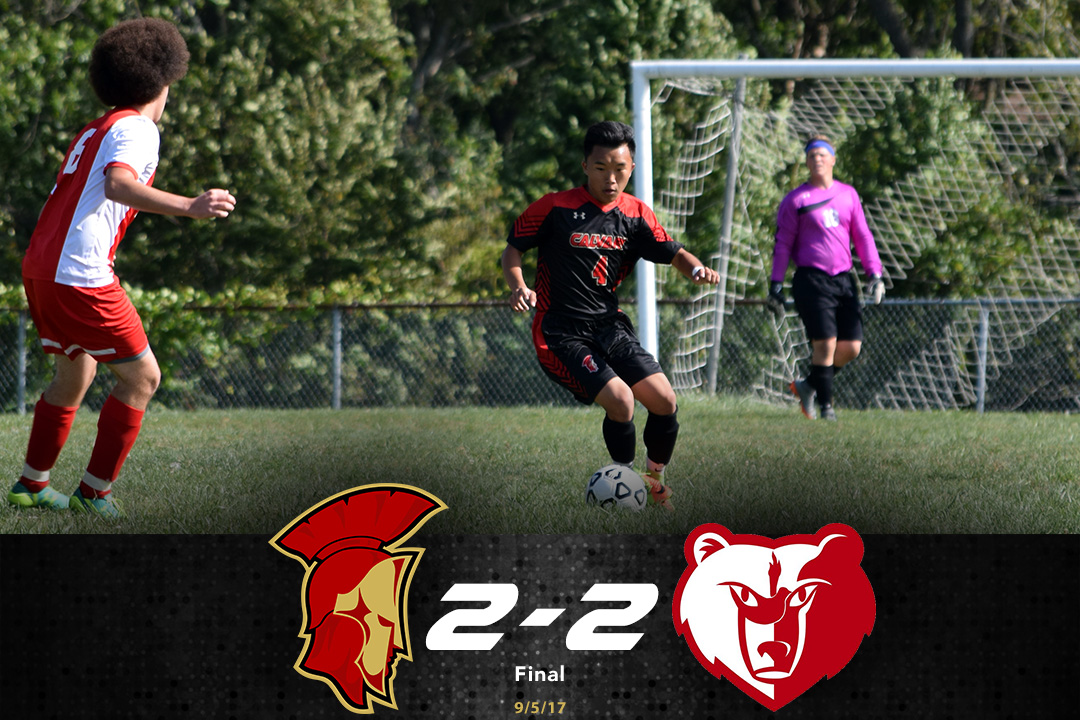 BELTON, MO – Two overtime periods were not enough to give the Calvary Men’s Soccer team the edge over Barclay College on Thursday in their home-opener, ending in a draw 2-2.

Coming off a 5-0 loss in the season-opener, the Warriors were looking to make several improvements in their offensive attack, which they did, and then some.

As soon as the first whistle blew, Calvary was all business, quickly putting pressure on the Barclay defense with two solid shots in the box in the first three minutes. The bears rebounded, taking their turn at the net, but weren’t able to get through. The Warriors created several opportunities to score, taking two more shots in the 17th and 18th minutes, but couldn’t get the ball in the back of the net. At the end of the first half, both teams were tied 0-0.

Roles reversed in the second half, with Barclay putting the Warriors on their heels leading up to a goal by the Bear’s Garrett Zuercher in the 57th minute, putting Calvary down 1-0. It didn’t take long for the Warriors to bounce back to score their first goal of the season off a bullet to the top right corner by Toysi Ishola, tying the game at 1-1. Both teams competed evenly, creating opportunities to score, but were unable to score until Barclay’s Zuercher, once again found the back of the net in the 73rd minute, and regained the lead. Once again the Warriors went on the offensive, getting 6 shots towards the end of the second half, but still struggling to score. Finally in the 90th minute, the Warrior’s defender RiCarlos Hunt scored a goal off an assist by Nate Her, tying the game at 2-2 and forcing overtime.

Both overtimes were offensive clinics, with both teams creating several opportunities to score, but nothing got in the net. At the end of the second overtime, the game was called, with the Warriors and the Bears tied 2-2.

Statistically, the game was almost completely even, both goalies had 9 saves, and both teams had 5 corner kicks. However, Calvary had 22 shots with 12 on goal, compared to Barclay’s 17 and 11.

The Warriors are now 0-1-1, and 0-1-0 in conference play. Their next match will be Tuesday, September 19 at home against Randall University.