Another win is in the books as The Warriors defeated rival Barclay College 3-1 on Friday afternoon.  The Warriors gave the fans their money’s worth today.  The Pyramid was full of fans that were wanting to be there to support their Lady Warriors.

The first set didn’t fare so well for the Warriors. Calvary struggled with a few of their serves and started out with multiple errors in the net or out of bounds. Still, the Warriors had the lead or remained within striking distance throughout.  In the end, the Warriors couldn’t overcome the Bear’s momentum at the end of the set losing 27-25 going down 0-1 in the match.

In the second set, the Warriors started with the service and gained momentum with some big swings from Leah Grady.  Hannah Davidson and Haley Arneson both helped Grady control the front line.  An uncontested kill from Grady set the Warriors on fire. The Warriors continued their run before forcing Barclay to call a timeout.  The timeout couldn’t slow CU as they were in a huge battle that eventually led to a thrilling Calvary win.

The third set was another tough one as points went back and forth. Hannah Davidson and Leah Grady kept the Warriors in the lead with powerful kills as CU held the upper hand in a tight set. The serving was a big boost in this set with Haley Arneson causing three important out-of-system passes during important times to preserve momentum.  The Warriors got a huge win off of great attacks and aggressive serving.

The Warriors came out fighting in the fourth set as they built a large lead.  Lindee Wentworth started CU off strong in serving.  Grady, Davidson, and Arneson did a great job on the attack in the final set.  The Warriors went on to win the set easily for a 3-1 victory. 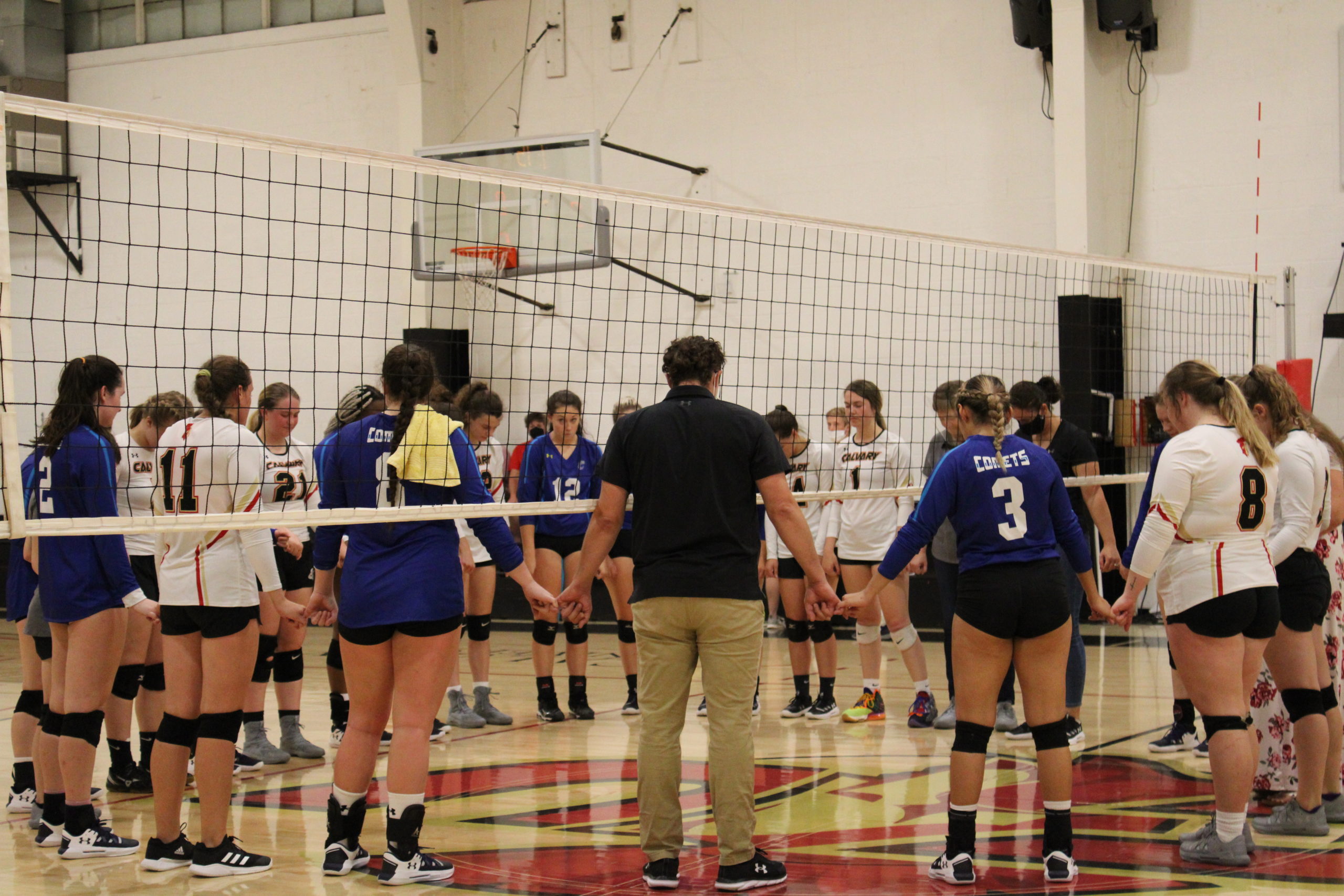