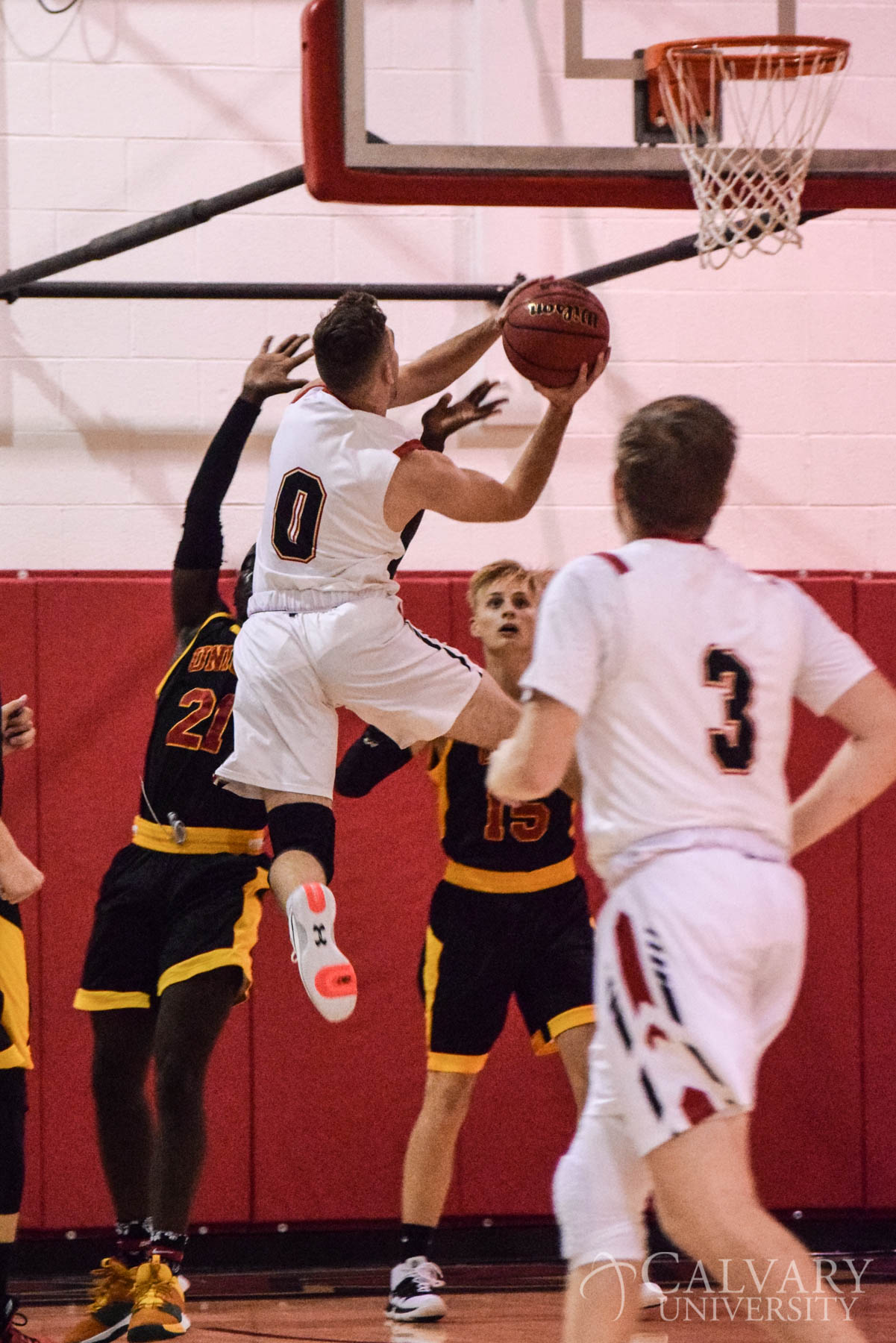 The Calvary Warriors came out with a win against Kansas Christian College at the Falcons home court Tuesday night in Overland Park, KS. “That was a huge win for our season and for our program,” said Coach Sanders. “Those guys (KCC) have been tough for us over the last few years so it was great to breakthrough with a win.” From the opening minutes of the game, both teams battled hard to gain the upperhand. Both teams traded leads back and forth, with 11 changes and 10 ties by the end of the game. The Falcons started to pull away from the Warriors, gaining their largest lead of the game at 8 points at the nine minute mark of the first half. The Warriors refused to let the Falcons go into halftime with the momentum, and were able to chip away at the Falcons lead to go into halftime only down one, 44-43.

With adjustments to the Warriors defense at halftime, CU was able to swing the momentum their way in the second half. In the first half, the Falcons shot 60% from the field, but with relentless defense, the Warriors held KCC to 30% shooting, in the second half. “We really worked hard yesterday in practice on our defensive positioning and contesting their shooting to make it more difficult,” said Coach Sanders. “That work really paid off in the second half.” On the offensive end, Calvary University finished the game with 50% shooting from the field, and came away with the 84-73 victory over Kansas Christian. Braydon Unruh led the way with 25 points. Zeb Green finished with 17 points and Ben Jones with 16. “The key to the game was our second half defense,” Braydon Unruh said. “Holding them to 27 points in the second half was by far our best defensive effort of the year and won us the game.”

The Warriors will play this Friday against Ottawa University in Ottawa, KS.